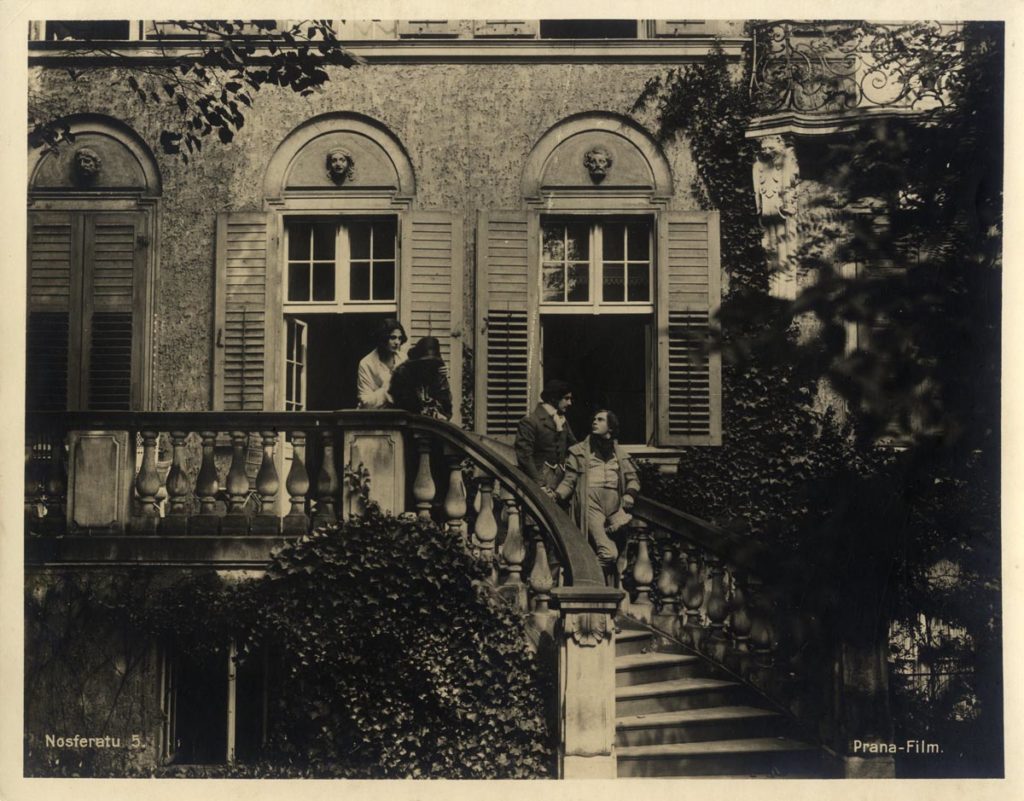 When the film went into release, Bram Stoker’s widow sued, claiming that the film was a plagiarism of her husband’s novel Dracula. The court ruled in her favor and ordered that the negative, and all existing prints and all advertisting paper (including posters and PHOTOGRAPH), be entirely destroyed. It is a miracle that one print of the film eventually survived, which allowed posterity to appreciate this magnificent German Expressionist classic.

It is also a miracle that we have been able to locate this photo, one of two vintage German original PHOTOGRAPH which we were able to offer in our inventory. We have never before offered any original paper from this film, and it is very possible that we will never again have anything from this film.

This photo, no. 5 from the original set of Prana Film photos made in 1922, depicts a long shot of Hutter (Gustav von Wangenheim) leaving the home of his friend, the wealthy shipbuilder Harding (Georg H. Schnell), who lives with his sister Ruth (Ruth Landshoff), after he has entrusted the care of his wife, Ellen (Greta Schröder), to them. Hutter has just said goodbye as he prepares to start his long journey to Count Orlock’s castle to close a real estate deal. As we well know, this does not prove to be a very advantageous business deal at all! FINE.