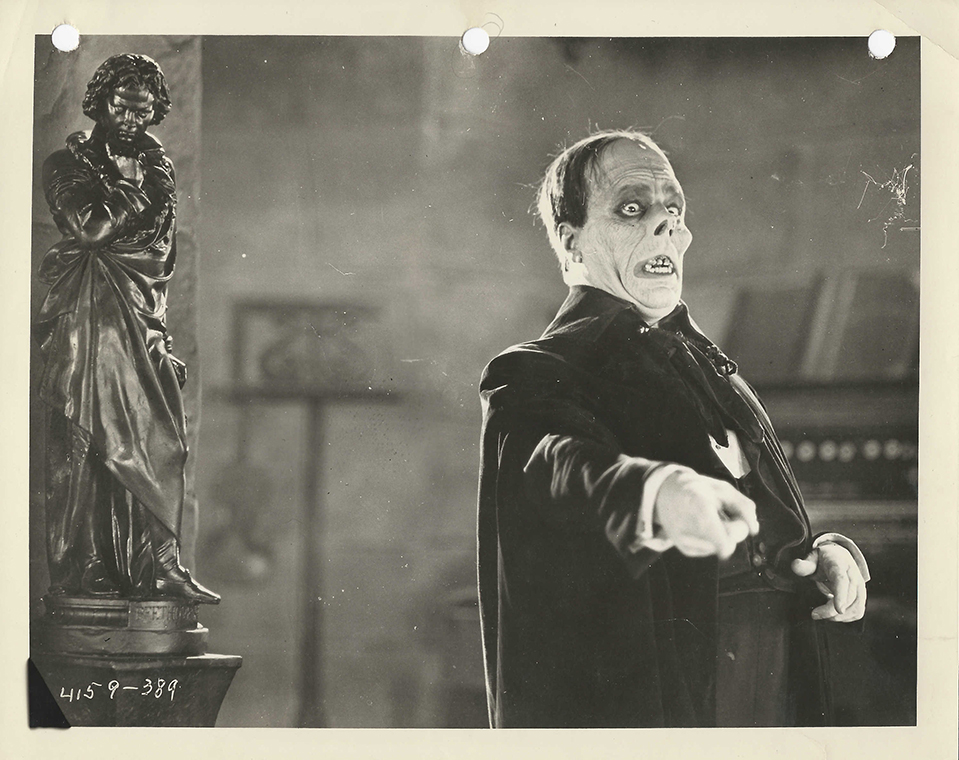 Vintage original 8 x 10” (20 x 25 cm.) black and white single weight glossy silver gelatin keybook print still photo, USA. Lon Chaney, Mary Philbin, Norman Kerry, Gibson Gowland, Snitz Edwards, Virginia Pearson, dir: Rupert Julian; Universal. Not only the most iconic and recognized version of Gaston Leroux famous novel, but one of the most recognized of all silent films. Lon Chaney’s interpretation of the mad, disfigured composer who loves a young opera singer is his most famous work, and merchandised to this day along with the other great Universal monsters. Today, a part of the Paris Opera house set remains on a soundstage at Universal studios, the oldest standing movie set in existence. Advertising art for the film stayed away from revealing the Phantom’s (Lon Chaney here is still 4159-389) face, so an image like this in which his disfiguration is first revealed is quite rare. Three holes punched along the top of the image for insertion in a keybook used by one of the Studio departments for reference. Scratches appear to have been in the negative. Minor use. ABOUT FINE.