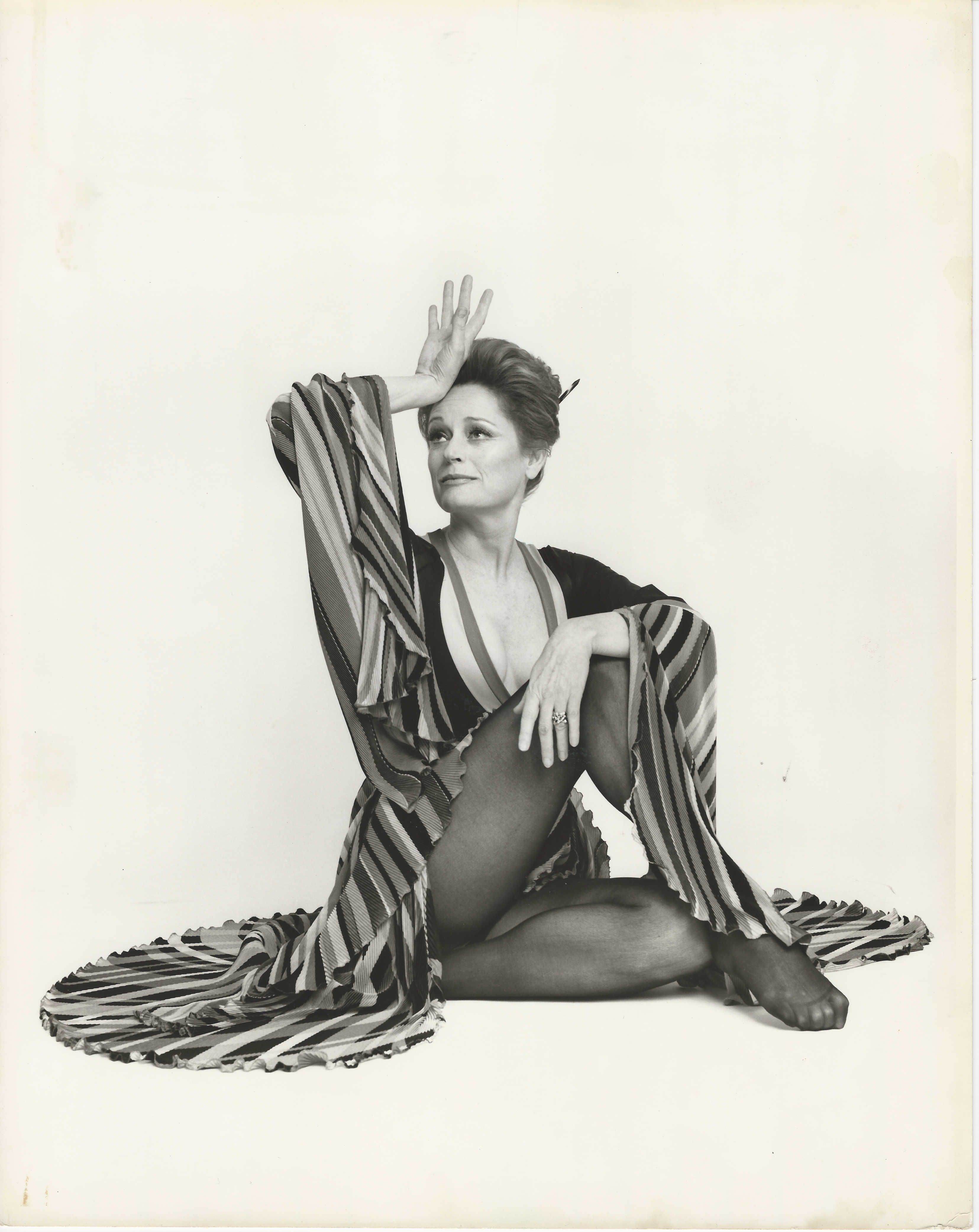 ALEXIS SMITH (1972) by Kenn Duncan for After Dark magazine

Vintage original 11 x 14” (28 x 35 cm.) black
and white double weight glossy silver gelatin print still photo, USA. The
photographic work of Kenn Duncan has been featured in exhibits including that
at the New York Public Library in 2008.
A professional champion roller-skater and dancer, he turned to
photography and his portraits of celebrated dancers, theatre actors, film and
unknowns graced the pages of DANCE MAGAZINE and AFTER DARK magazine during the
1970s. He was known in the Andy Warhol circle and in the LGBTQ community. Alexis Smith was the subject, including on
the cover of the Feb. 1972 edition of AFTER DARK. After her years as a
Hollywood glamour girl, and serious actress, Alexa confined her work to the
stage starting in the 1960s. She had a
huge career resurgence in 1971 when she headlined Stephen Sondheim’s FOLLIES on
Broadway and appeared on several magazine covers. Here is a dramatic portrait
of Alexis at age 50 still as glamorous as ever.
A bit of soiling at the top left corner and edge. NEAR FINE