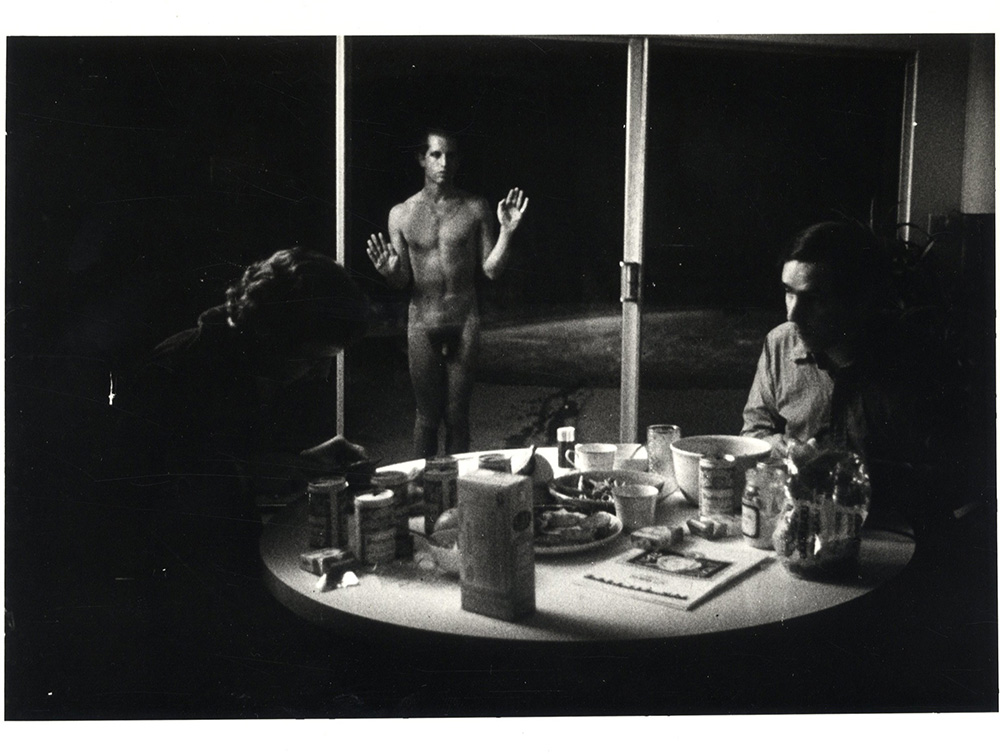 Wikipedia: ‘1974 biopic about David Hockney’s lingering breakup with his then partner Peter Scheslinger, during the period 1970 to 1973. Directed by Jack Hazan, and edited by David Mingay, it has music by Patrick Gowers. Featuring many of Hockney’s circle, it includes designers Celia Birtwell and Ossie Clark, artist Patrick Procktor, gallery owner John Kasmin and museum curator Henry Geldzahler. It is a fly on the wall documentary, intercut with fictionalised and fantasy elements. It was groundbreaking and remains notable for its treatment of gay themes and its insights into his life and work during an important period in Hockney’s life. The film takes its title from A Bigger Splash, perhaps Hockney’s best known Californian swimming pool picture. Hockney was initially shocked by its intimacy but later changed his mind.” FINE.