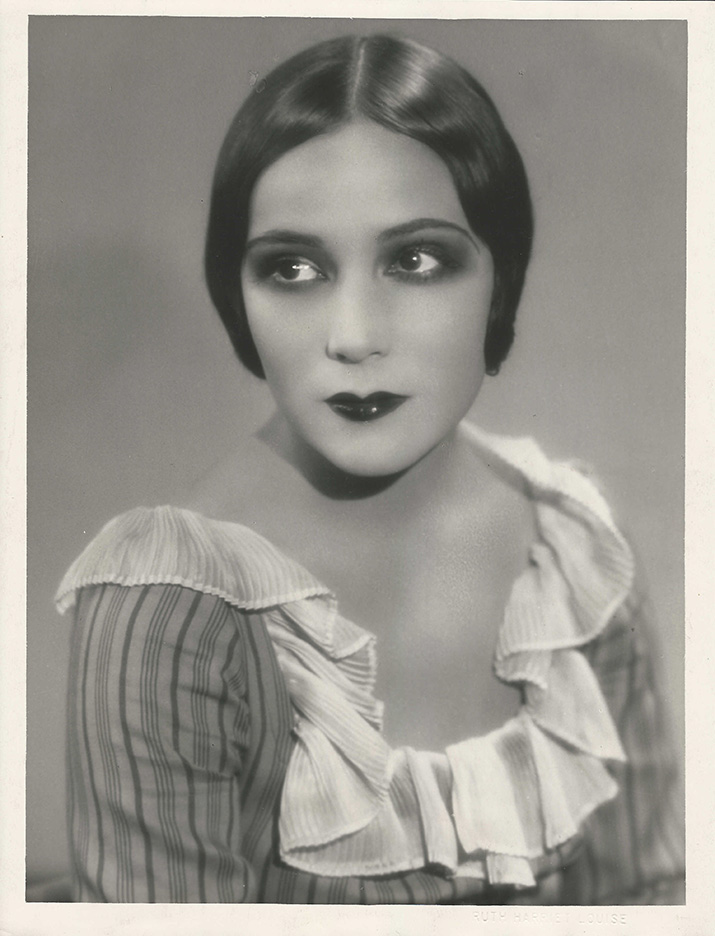 Born in aristocracy in Durango, her family lost their fortune in 1916 and Dolores married socialite Jaime Martinez del Rio. The couple moved to Hollywood after becoming friends with director Edwin Carewe, who Dolores would work for.

At the time of this film, del Rio divorced and soon married MGM production designer Cedric Gibbons, with whom she lived an elegant lifestyle as she continued her acting career into the 1940s.

This oversize portrait includes the photographer’s blind stamp at the bottom right side margin as well as her MGM studio ink stamp on the verso. A Photoplay magazine library ink stamp is also present. An absolutely stunning image, ABOUT FINE.