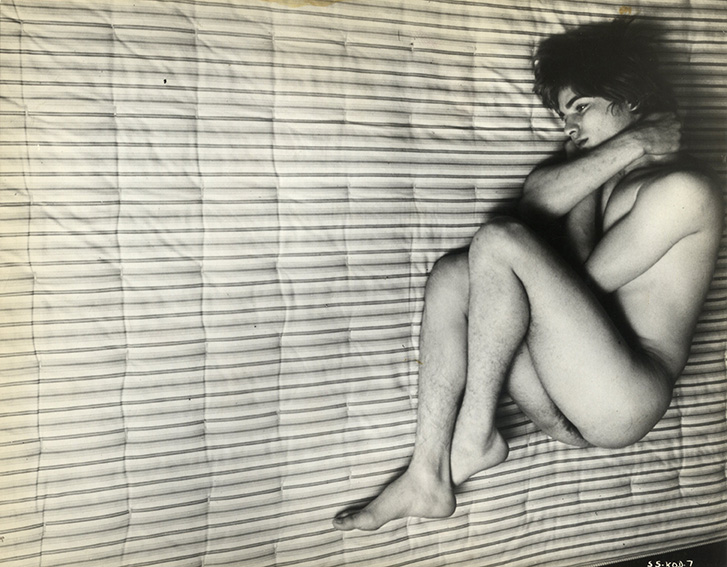 Vintage original 8 x 10″ (20 x 25 cm.) borderless black-and-white photo, USA. Don Johnson, dir: Leonard Horn; MGM. Don Johnson was all of 20 when he made his film debut in the title role of THE MAGIC GARDEN OF STANLEY SWEETHEART, a film about a young man trying to make sense of the sexual revolution. This is a very strange photo, with Johnson appearing nude, as it was clearly posed like a male pin-up. FINE.