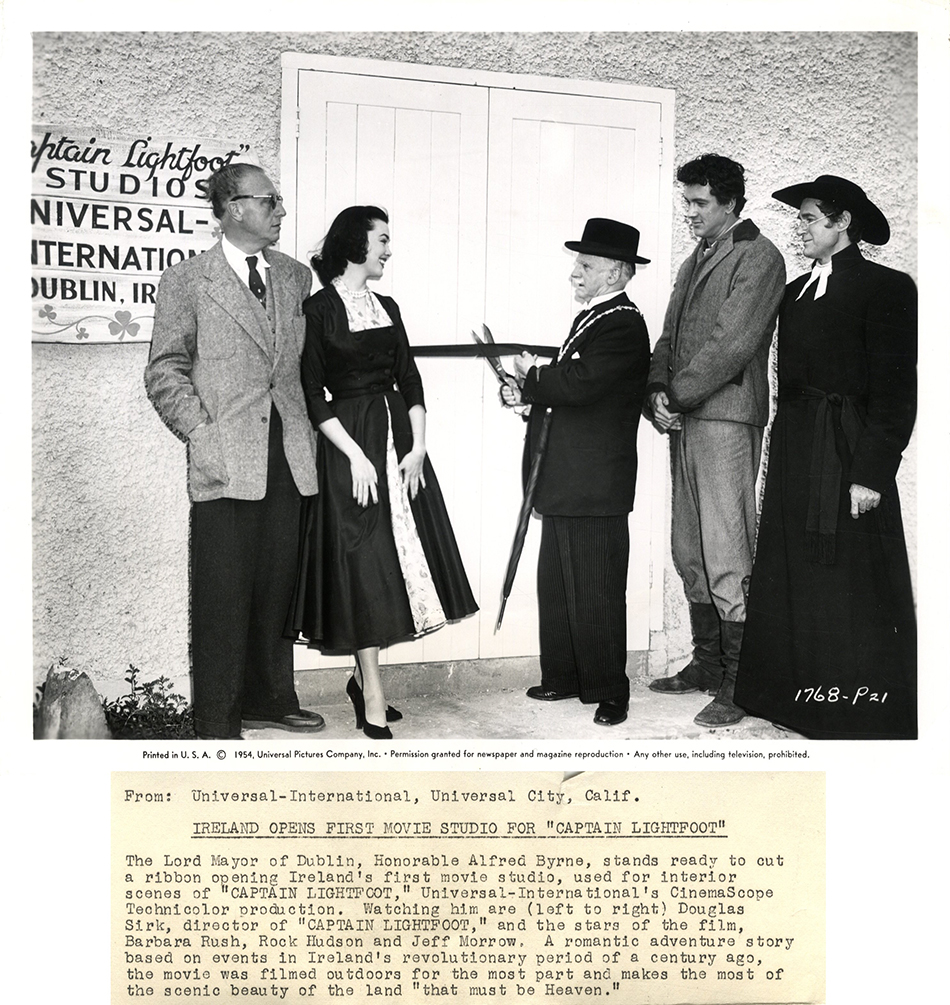 Vintage original 8 x 10” (20 x 25 cm.) photo, USA. Rock Hudson, Barbara Rush, Jeff Morrow, dir: Douglas Sirk; Universal. Photo shows the Lord Mayor of Dublin cutting a ceremonial ribbon to commemorate the opening of Ireland’s first studio—as Hudson, Rush, Morrow, and Sirk look on. This is a period costume film, set in Ireland in 1815, adapted by W.R. Burnett from his novel. Photos of Douglas Sirk are very uncommon. This is the first one which I have ever offered—and a particularly appropriate one. Hudson appeared in seven movies directed by Sirk, who effectively served as a mentor to the young actor. This was to be their third collaboration. With printed studio text affixed, FINE.