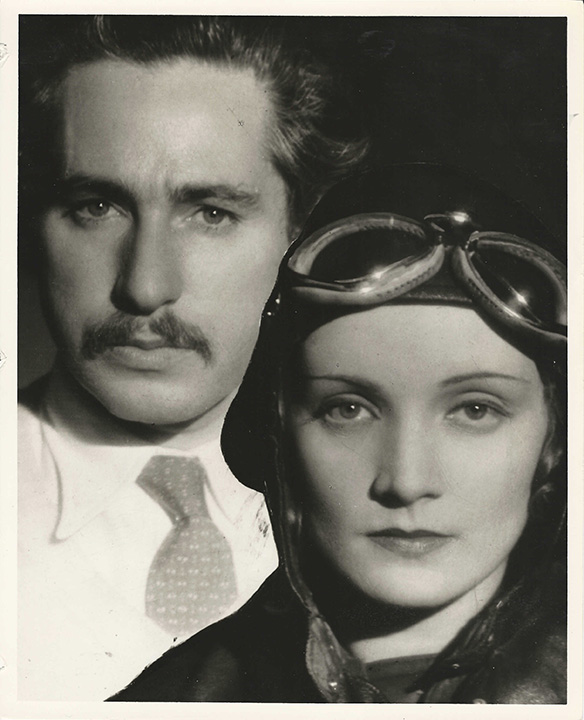 Vintage original 8 x 10 (20 x 25 cm.) black and white single weight glossy silver gelatin print still photo, USA. Absolutely stunning portrait of the Svengali and his muse, director Josef von Sternberg and star Marlene Dietrich in their early days in Hollywood. DISHONORED would be their second feature in Hollywood for Paramount after coming from Germany the year before. Working in cabaret and film in Germany, Dietrich auditioned for the role of Lola Lola in THE BLUE ANGEL in 1929 and von Sternberg was taken with her and so they began a professional and romantic affair which would last through 1935, Dietrich submitting herself to him imperious directing in films in which she became the epitome of the femme fatale. Dietrich often bended genders as she did when wearing this pilot costume for the film. There are 3 minor indentations along the edge of the left blank white margin only. ABOUT FINE