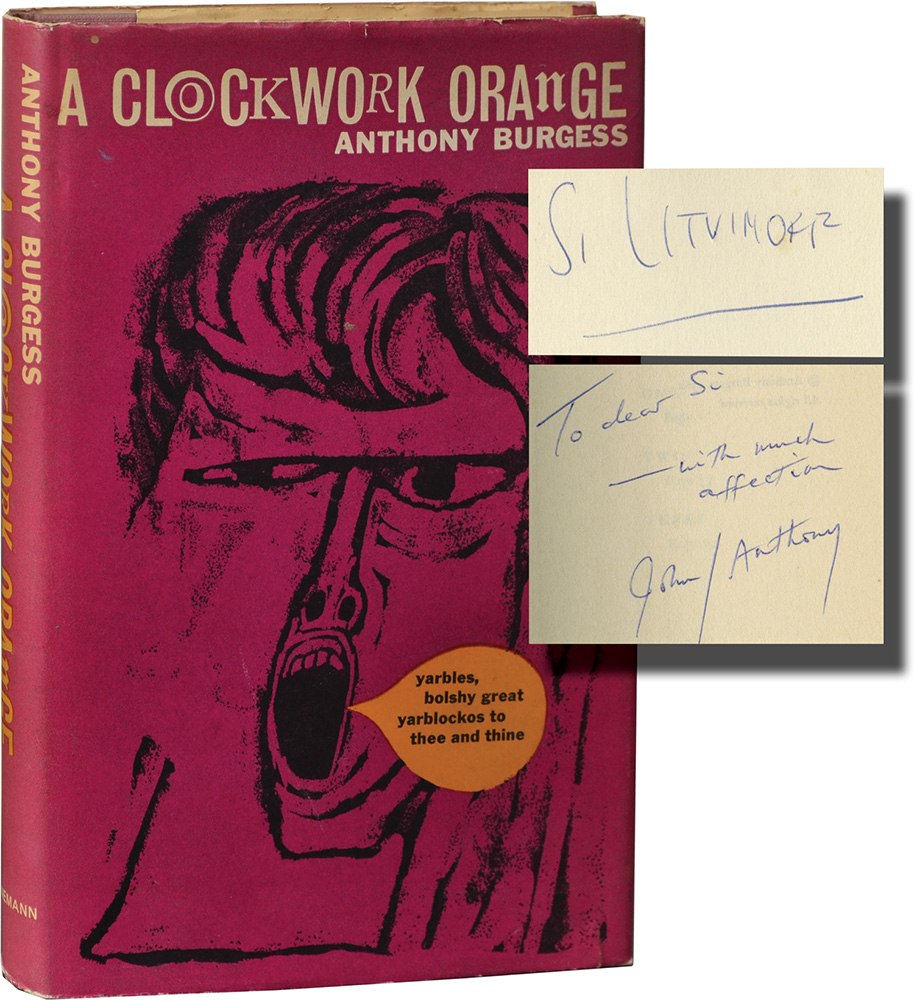 London: William Heinemann, 1962. First Edition. Copy inscribed by Burgess to Si Litvinoff, the single most important catalyst in the transition of Burgess’ masterpiece from the literary world to the screen. Litvinoff handled Burgess’ little-known attempt at a screenplay adaptation in 1965. After Burgess dropped out, Litvinoff purchased the option for the film rights for $1000, and shepherded filmmaking attempts by several other screenwriters, directors, and actors–including Terry Southern, Nicholas Roeg, and Mick Jagger–until Stanley Kubrick ultimately wrote and directed the now-legendary 1971 film adaptation. With Litvinoff’s owner name on the front endpaper, and INSCRIBED to him by Burgess on the title page: “To dear Si / with much affection / John / Anthony.”

In the wake of Nicholas Roeg’s release from directorial duties on “A Clockwork Orange,” Litvinoff produced “Walkabout” (1971), then later, “The Man Who Fell to Earth” (1976).

Near Fine in a Near Fine dust jacket. Some light foxing to the top page edges, else book is quite clean. Title lettering on the jacket is just a touch faded, else only minute rubbing and a couple of tiny closed tears to note. An attractive copy, and a stunning association.