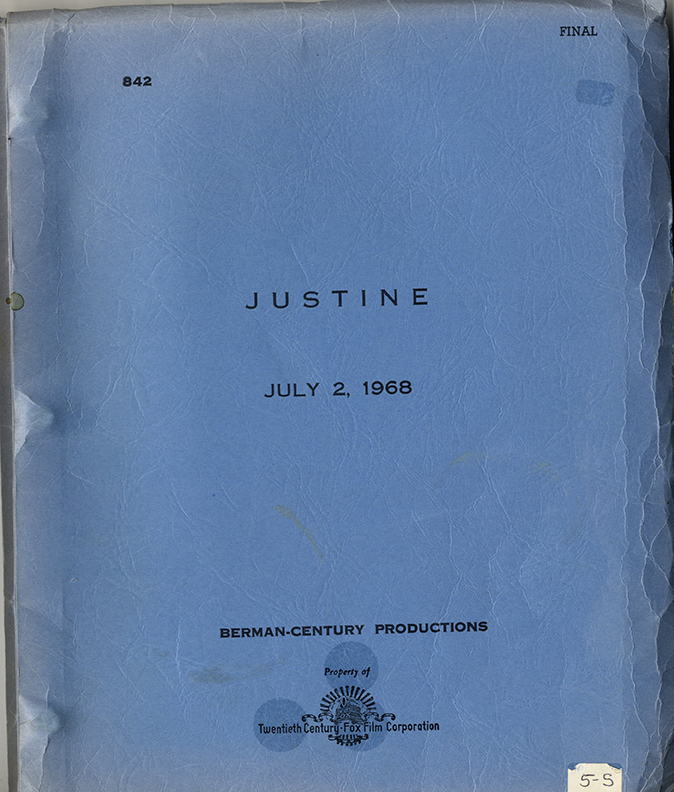 Denoted the “Final” draft, but with dated revises on blue paper spanning nearly six subsequent months, leaving only a token handful of leaves of the July “Final” draft behind. The 1969 film compression/adaptation of Durrell’s ALEXANDRIA QUARTET, was directed by George Cukor (after stepping in in the wake of Joseph Strick leaving the project), and starred Anouk Aimée, Dirk Bogarde, Robert Forster, Michael York, et al. The film was a failure at the time of its release, but remains the sole attempt to adapt a work by Durrell to the commercial screen.

And the film has successfully weathered the half century since its initial release, and now stands as one of director Cukor’s most noteworthy movies. It was intended as a massive film of almost epic proportions (after all, it was an adaptation of a series of four interlocking novels), with a large cast. As in Cukor’s 1935 DAVID COPPERFIELD, all of the actors in smaller, supporting roles were given lots of artistic breathing room, and the result is a major ensemble film. Also, the movie contains more than a whiff of LGBTQ interest, including Cliff Gorman’s performance as Toto.