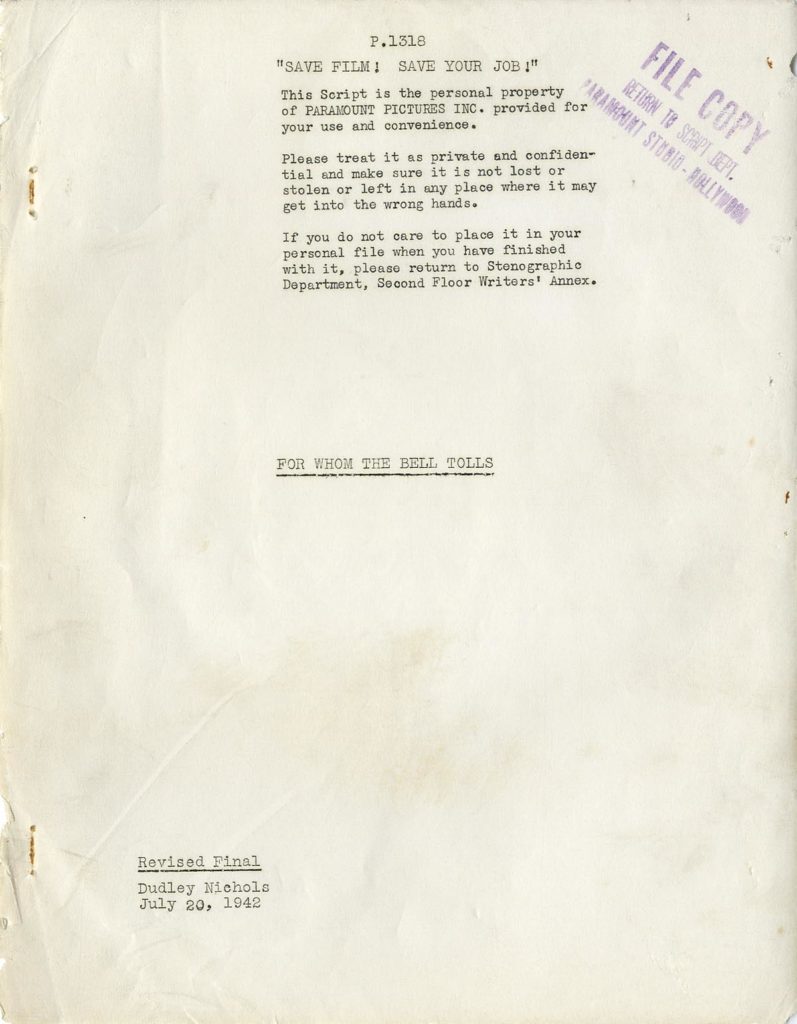 The famous screen adaptation which starred Gary Cooper and Ingrid Bergman, directed by Sam Wood. Studio mimeograph, self-wrappers, the original two staples are missing, and so the pages are loose, 202 pp. the title page and the final page are a bit fragile, overall VERY GOOD+.

This film, when released in 1943, had an epic running time of 170 minutes, but this script’s massive length implies an even longer film, which in turn suggests that some of the scenes in this script were either never shot or else were not included in the finalized version.