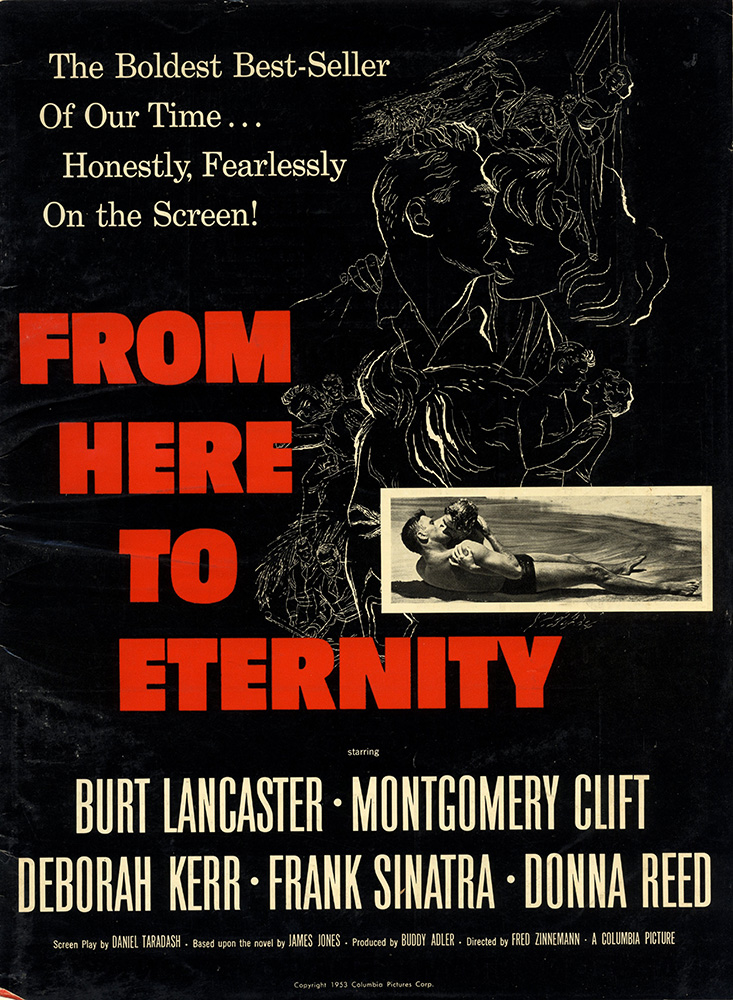 FROM HERE TO ETERNITY (1953) PRESSBOOK

4 pp. ADVERTISING SUPPLEMENT laid in. Some creasing to wrappers, supplement is almost a double-folio, and is neatly folded once and laid in, generally near fine.

One of the critical films of the 1950’s, adapted from the iconic and immensely popular novel by James Jones, which presents an iconic view of Honolulu before and after the attack on Pearl Harbor. This was an immensely important film to a generation of newly returned servicemen and their wives, all of whom had recently lived through the trauma of World War II. The cast (with stars Burt Lancaster, Frank Sinatra, Montgomery Clift, Donna Reed, and Deborah Kerr) directed by Fred Zinneman all gave performances that now register as classic. FROM HERE TO ETERNITY won the Oscar for Best Film, and seven other Oscars as well. This is a quite scarce pressbook, and especially so in this case—when found with supplement, and unfolded (of the few examples of this which I have seen, all other examples of this book were folded.)