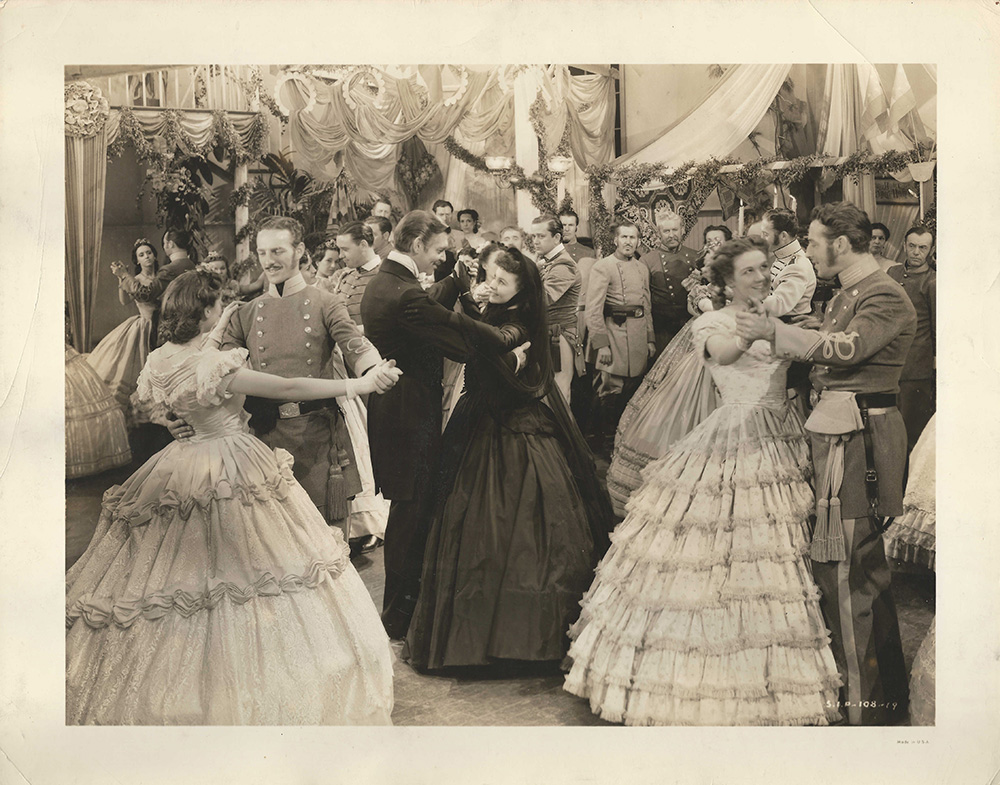 SIP 108-19 Depicts Rhett and Scarlett scandalizing the South as they dance (she in mourning) at the Atlanta bazaar. This scene and several others were completed under the direction of George Cukor and shots of Cukor’s footage from this scene remain in the final film. Light creasing at all four corners. Creasing at left blank white margin edge. Light soil to blank white margins. ABOUT FINE.