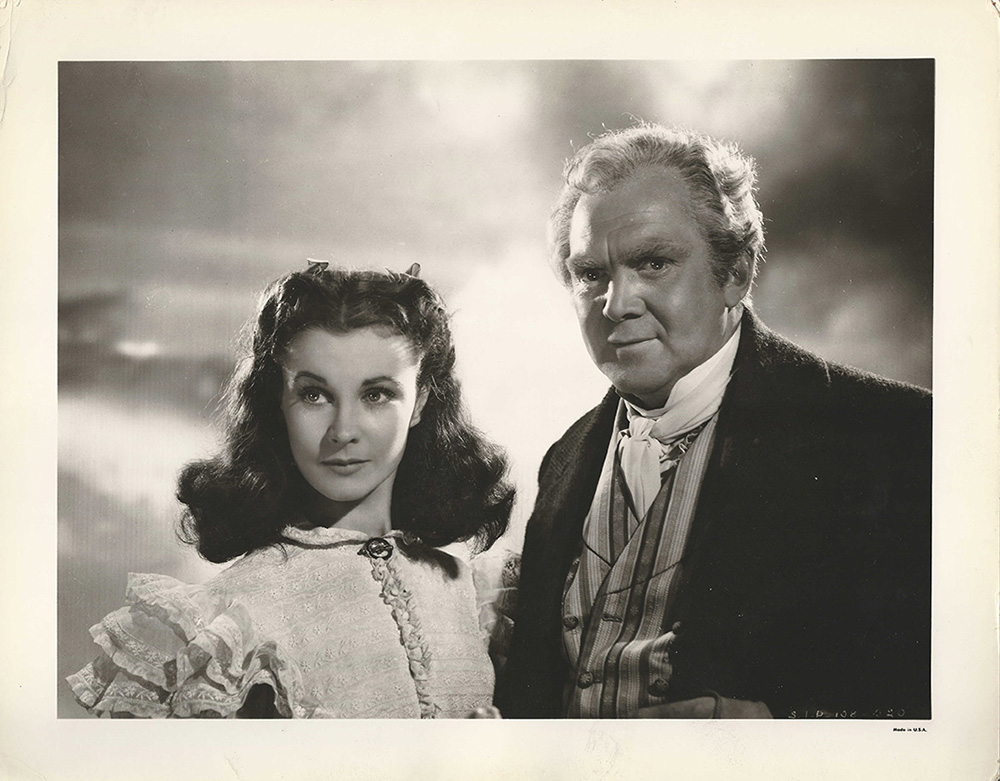 SIP 108-320- Vibrant portrait of Scarlett with her father Gerald at their plantation Tara. This and other opening scenes of the story were amongst those first filmed by George Cukor. Many months later the scenes were restaged and re-costumed and filmed once again for usage in the final film. A crease at the top left corner. FINE.