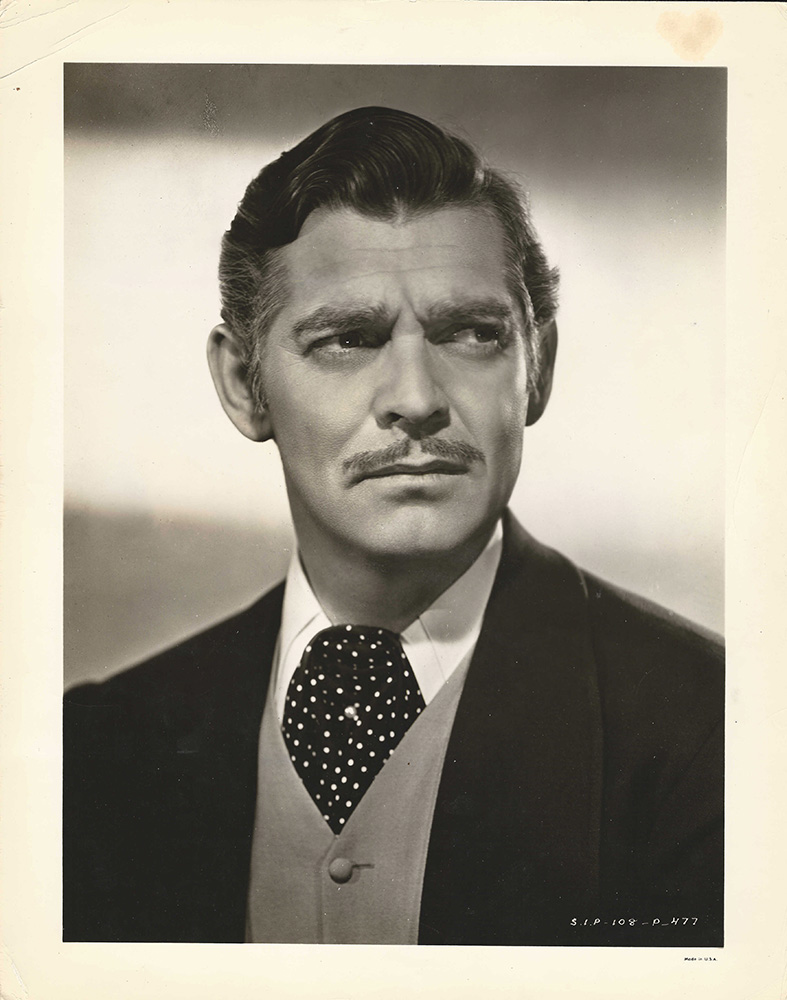 SIP 108-477 depicts Clark Gable in a serious mood as character Rhett Butler. His most challenging role to date, he was scared to play the role, though everyone in the world felt that only he could play this part. Director George Cukor was fired and Victor Fleming hired mainly to comfort Clark Gable. Light creasing at the corners and smudge near top right corner blank white margin. ABOUT FINE.