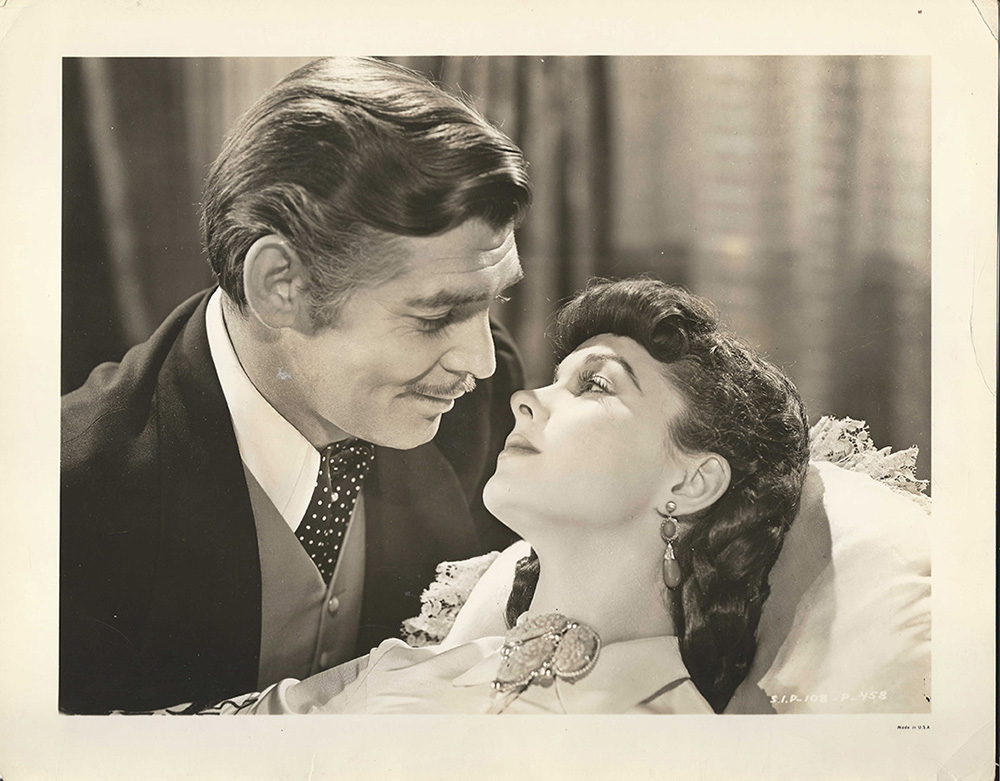 SIP 108-458- Clark Gable and Vivien Leigh pose for a romantic publicity image. It is believed that this image is amongst those take to pre-publicize the filming and was taken soon after Leigh’s casting, though the still number is amongst those higher numbers used for publicity during and after filming. Minor corner creasing. Bottom left corner is chipped. Tiny edge tear at bottom. ABOUT FINE