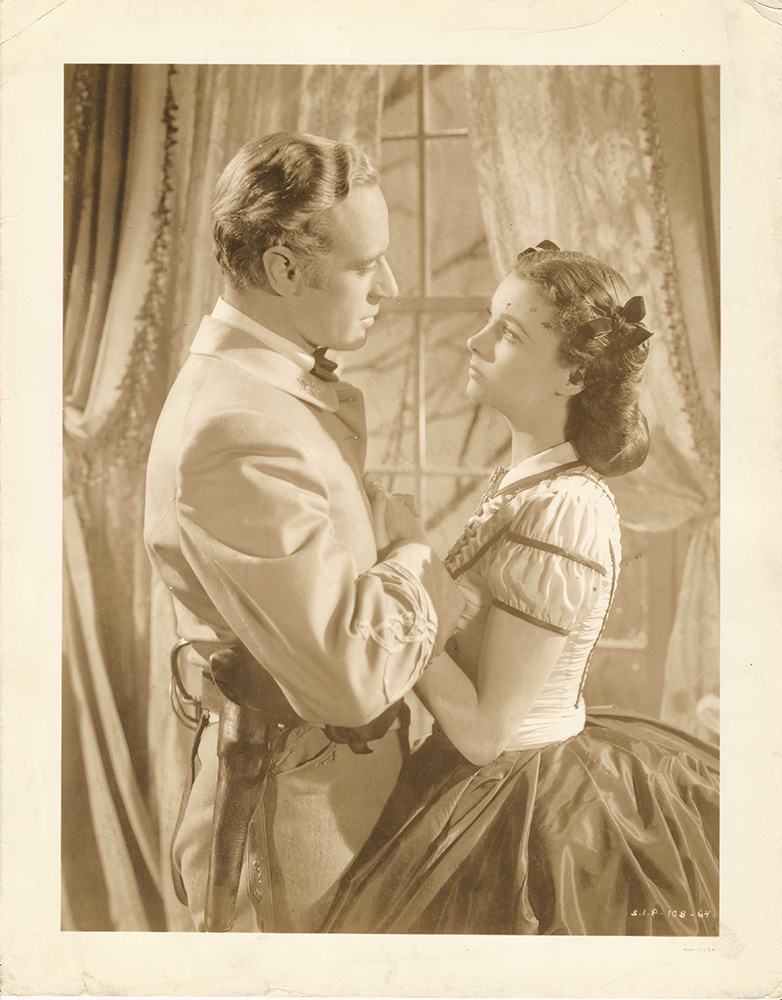 SIP 108-64 Depicts a moment between Scarlett and Ashley in which he is about to go back to war after his leave. This image as a sepia quality which could be due to fading. Corner and border creasing, tiny tear to bottom blank white margin, minor margin soil, a few spots on image, including on Vivien Leigh’s chin. VERY GOOD-FINE.