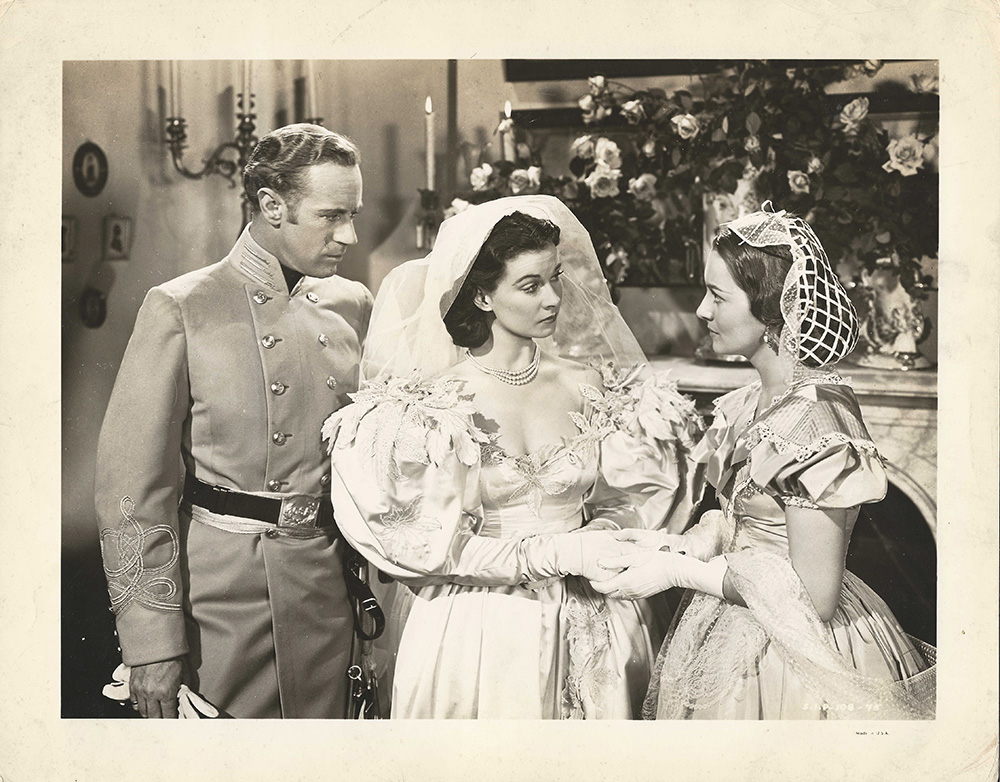 SIP108-75 Depicts the moment when Ashley and Melanie congratulate Scarlett on her marriage to Melanie’s Brother Charles. Scarlett wears her mother’s oversized wedding gown, the decision to marry Charles before he goes to war having been made the day before. Minor soil to the blank white margins. ABOUT FINE.