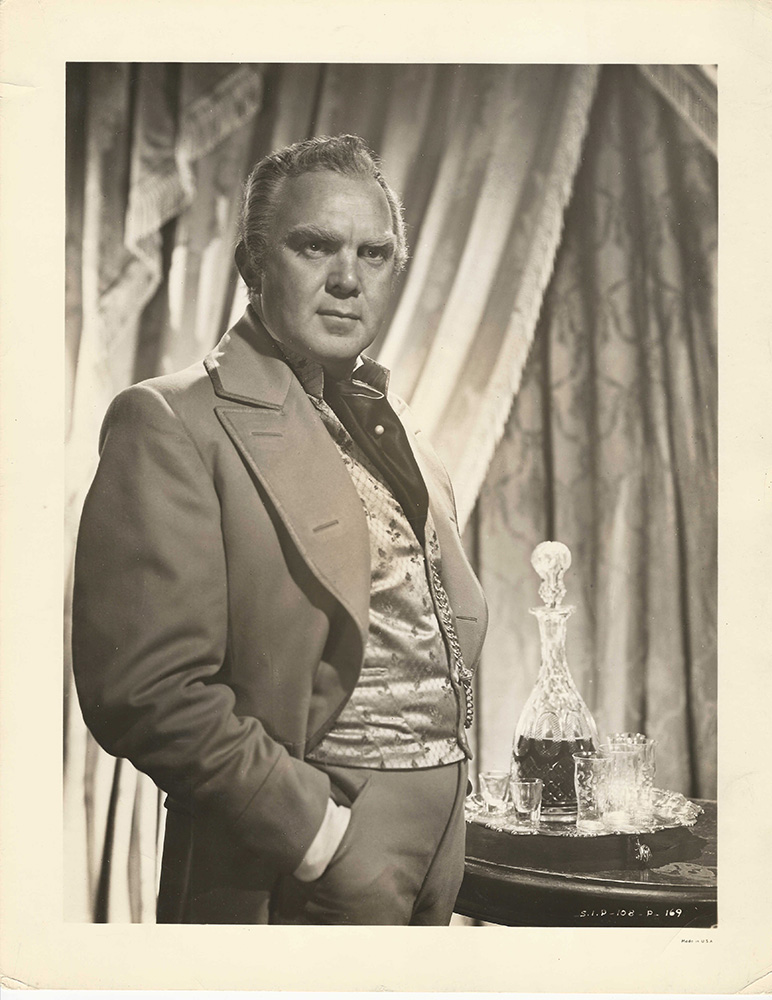 SIP 108-P 169 Depicts Thomas Mitchell in a formal portrait as the healthy Gerald O’Hara. Thomas Mitchell, 47 at the time went from a strapping middle aged man to a ghost like presence after the death of his wife. A monumental year for Mitchell, he appeared in 5 of the major Academy Award classic films of 1939. In addition to WIND, there was ONLY ANGELS HAVE WINGS, MR. SMITH GOES TO WASHINGTON, and THE HUNCHBACK OF NOTRE DAME and in his Academy Award winning Best Supporting Actor turn in STAGECOACH. Indeed he won for his body of work. Minor corner creases only. ABOUT FINE.