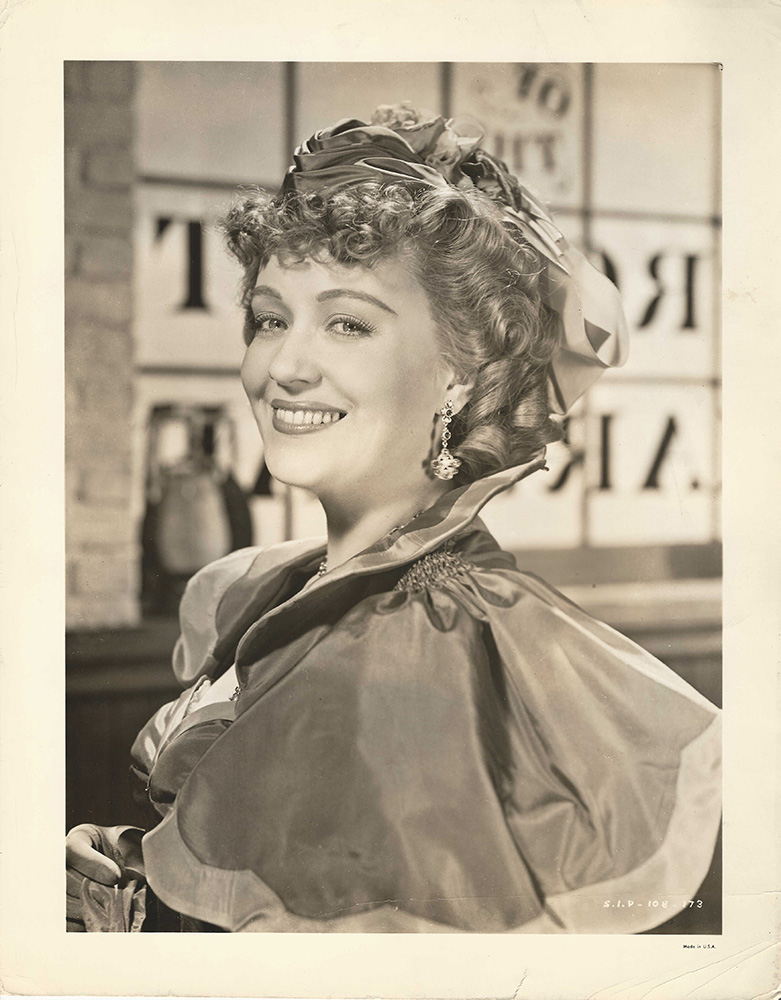 SIP 108-173 Depicts a portrait of Ona Munson in her most memorable role as Belle Watling. From the New York stage and known as a musical actress she gained film immortality as the good hearted madam. Unfortunately it rather type cast her and she found it difficult to break the mold in her future work. There is a crease along the bottom section of the image, a small tear at the bottom right blank white margin edge and creasing at the bottom right corner. ABOUT FINE.