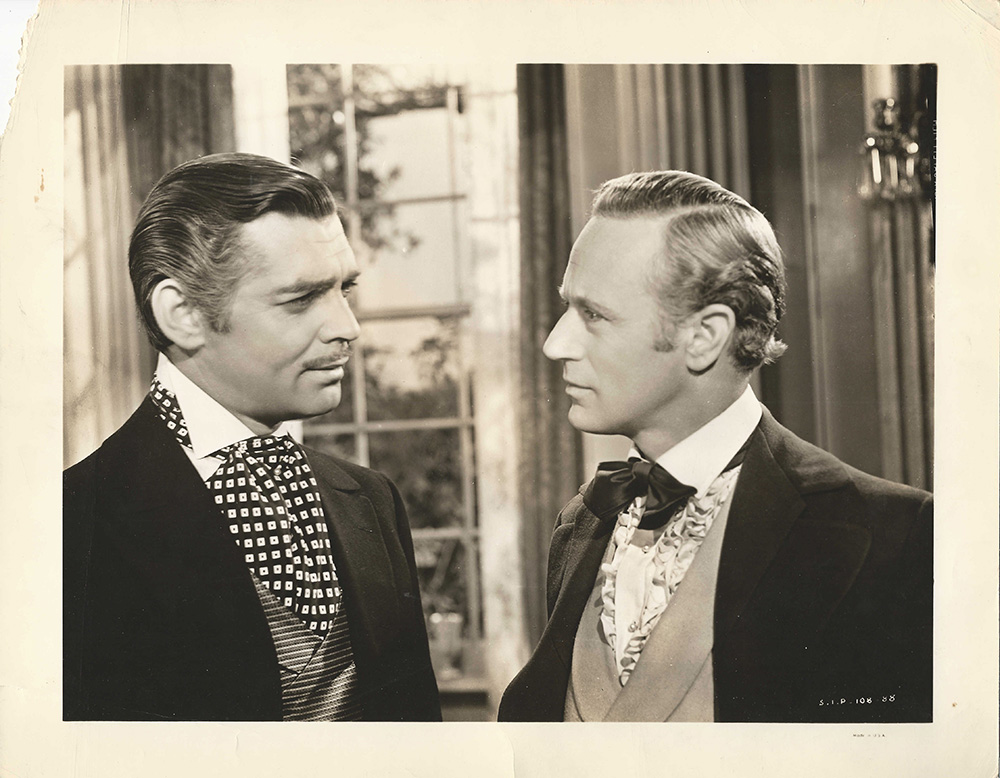 SIP 108-88 Depicts a conversation between Rhett Butler and Ashley Wilkes during the stories early scenes at Twelve Oaks, This image is amongst the very few in which the two male stars shared a scene. The top left edge is missing. There is creasing at all four corners and there is a small tear at the bottom left side blank white margin edge. VERY GOOD.