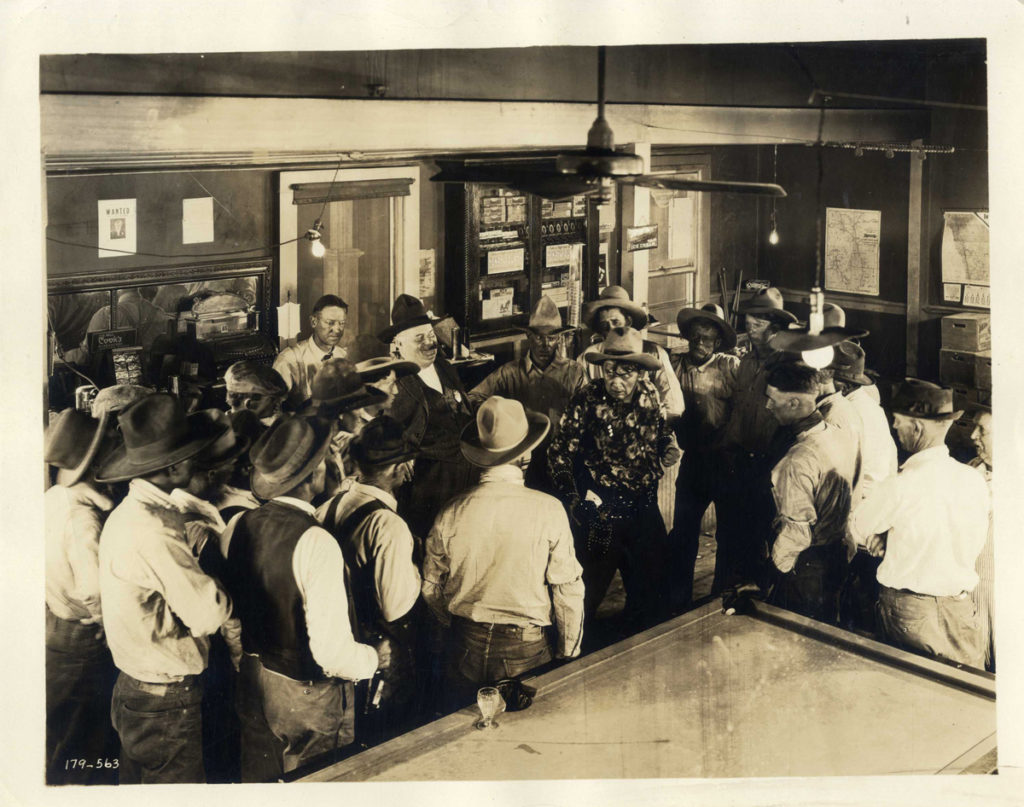 Still 179-563 features Marcus (Jean Hersholt) in a saloon confrontation scene before he heads out to the desert. This still is ink stamped Jan. 10, 1925 and includes the original attached paper blurb. There is very minor creasing at the top left corner and at the mid top blank white margin, otherwise outstanding. NEAR FINE.