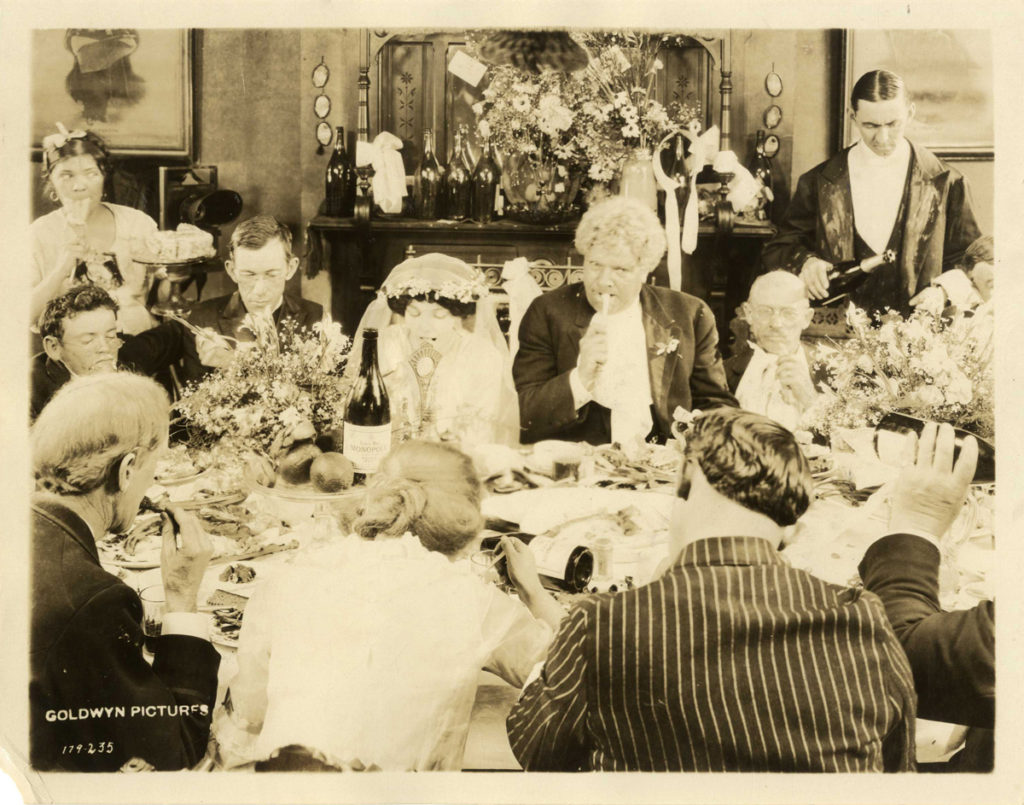 Still 179-235 presents the wedding dinner. Once McTeague wins the lottery, Trina steps up their wedding plans, and a lavish reception takes place. Still 235 is marked Goldwyn Pictures at front bottom left corner and is ink date stamped on the verso Jan. 13, 1925. There is a chip to the bottom left corner and an area of abrasion to the mid right edge. NEAR FINE.