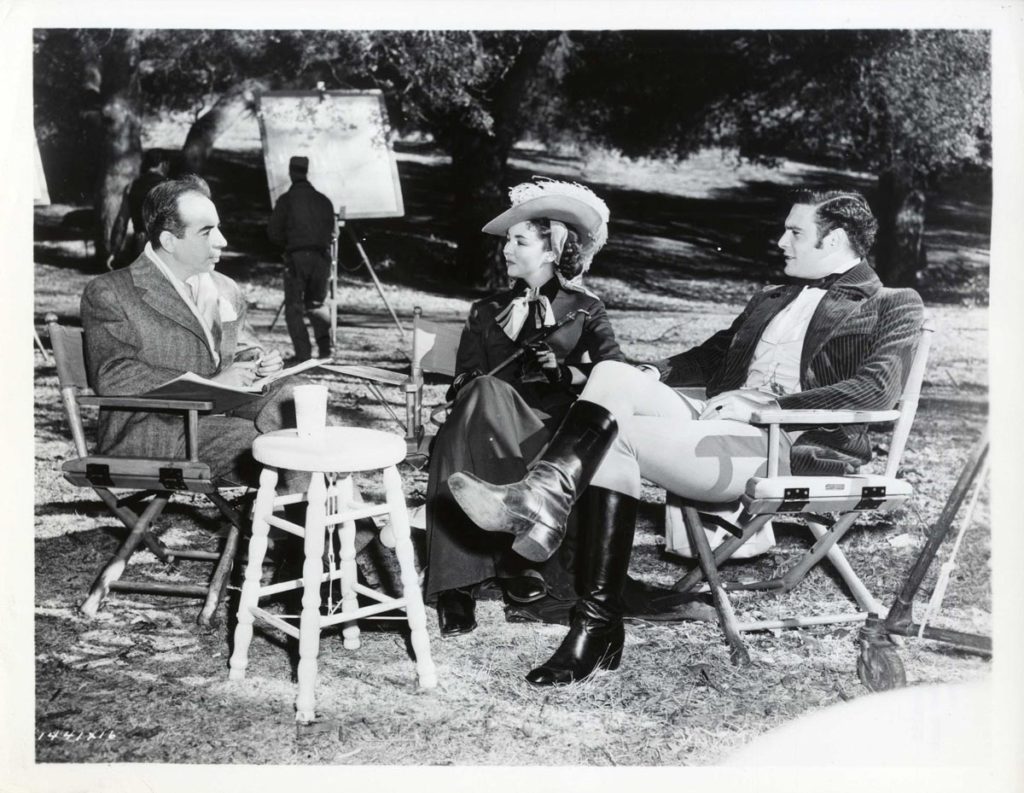 Vintage original 8 x 10″ (20 x 25 cm.) black-and-white print still photo, USA. Jennifer Jones, Louis Jourdan, dir: Vincente Minnelli; MGM. With printed text on the back. Minnelli sits with his stars Jones and Jourdan, both of them in costume and script in his lap, as lights are being adjusted in the background.
Although he started as a director of musicals, he later added romance and comedy to his roster. Then came noir melodrama (Undercurrent in 1946). By the time he got to this film, he had proved himself capable of directing any kind of film — and directing it brilliantly. For many, incidentally, this is the definitive of all screen adaptations of the Gustave Flaubert novel, and frequently preferred to versions by Renoir and Chabrol. Minor diagonal creases at bottom left, NEAR FINE.