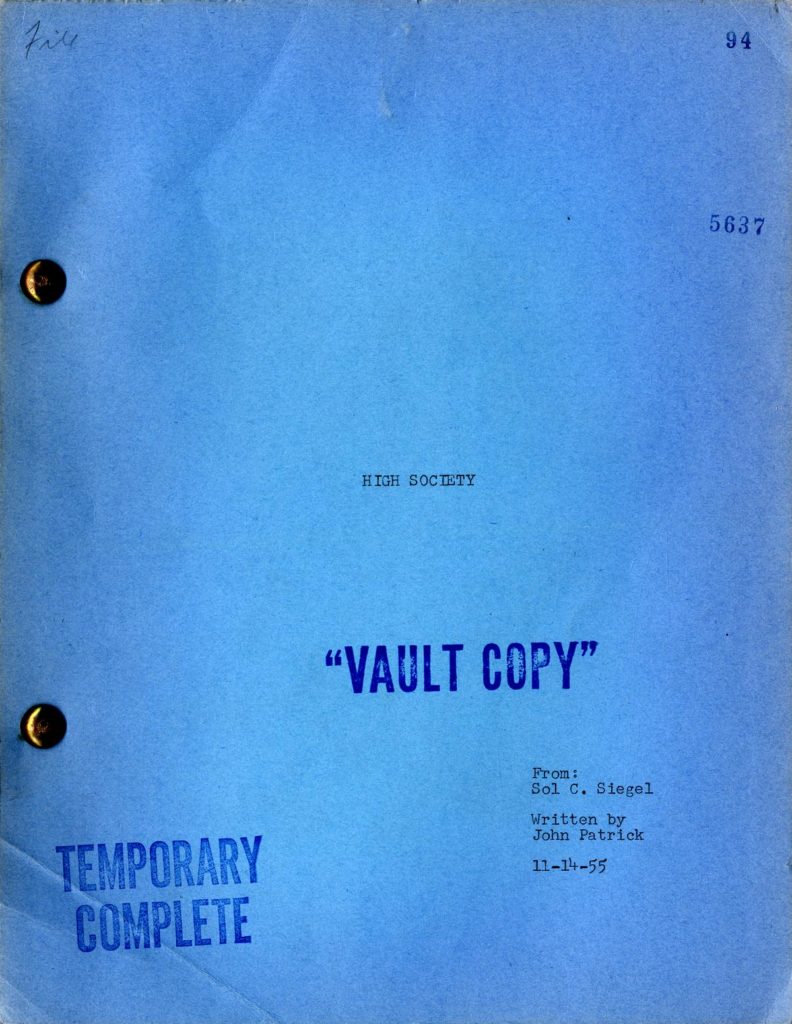 Los Angeles: Metro-Goldwyn-Mayer [MGM], 1955. Temporary Complete script for the 1956 film, a musical remake of “The Philadelphia Story” (1940). Blue studio wrappers, rubber-stamped as TEMPORARY COMPLETE and VAULT COPY on the front wrapper, copy No. 94 and production No. 5637, dated 11-14-55, with credits for screenwriter Patrick, Receipt attached. 103 leaves, mimeograph.

Grace Kelly, Bing Crosby, Frank Sinatra, and Louis Armstrong starred in this classic musical, adapted from Philip Barry’s THE PHILADELPHIA STORY, and with the notable addition of an entire music score, with new songs, all by Cole Porter.

Nominated for two Academy Awards. C.K. Dexter-Haven, a successful popular jazz musician, lives in a mansion near his ex-wife Tracy Lord’s family estate. She is on the verge of marrying a man blander and safer than Dex, who tries to win Tracy’s heart again. Mike Connor, an undercover tabloid reporter, also falls for Tracy while covering the nuptials for Spy magazine. Tracy must choose between the three men as she discovers that “safe” can mean “deadly dull” when it comes to husbands and life.