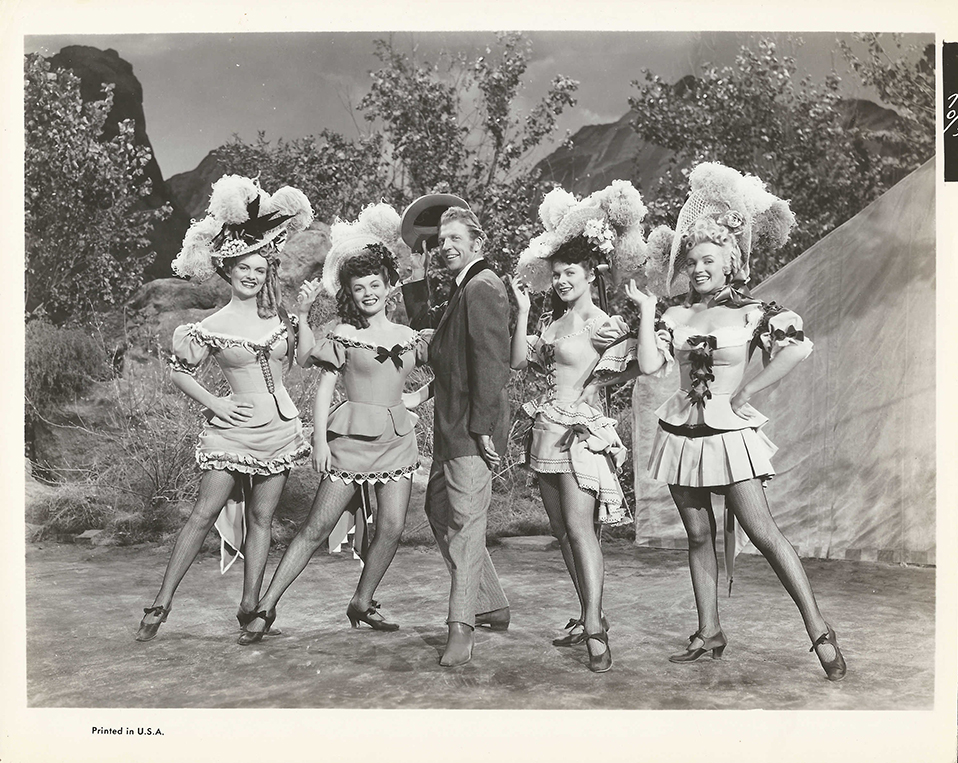 Vintage original 8 x 10” (20 x 25 cm.) black and white single weight glossy silver gelatin print still photo, USA. Though she played the lead in LADIES OF THE CHORUS nearly two years before, Marilyn Monroe, was still not always credited in the films she appeared in. As Clara, she had an unbilled small role as one of the chorus girls who along with the rest of Madame Adelaide’s showgirls rides the train to Tomahawk, the story being set in 1876 Colorado. Marilyn would break out just a few months later in credited roles in top productions ASPHALT JUNGLE and best picture ALL ABOUT EVE. Here she is with Dan Dailey and ladies. The other girls are Marion Marshall, Barbara Smith and Joyce Mackenzie. Minor corner wear. ABOUT FINE.