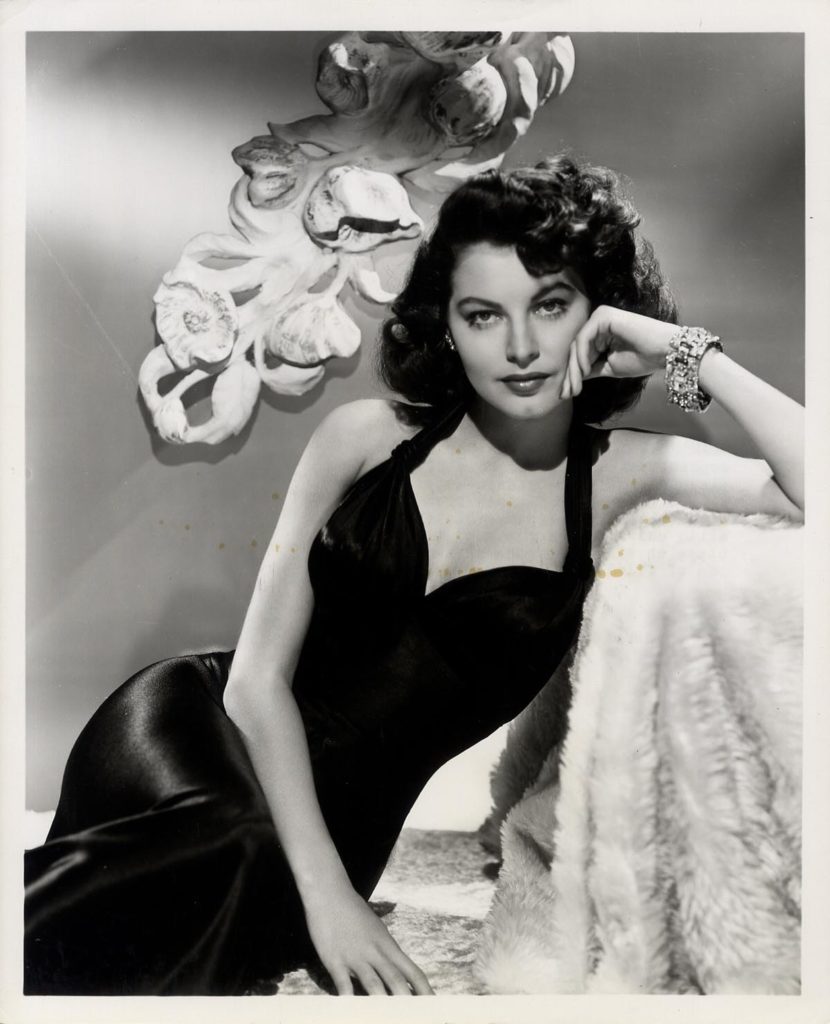 Her picture appeared in the New York photo studio of her brother-in-law when an MGM talent person walked by; she was subsequently brought to Los Angeles and the North Carolina tobacco farm-born 18-year-old was put under contract in 1941. For four years she was placed in a myriad of bit roles while she learned her craft. It was her beauty that MGM wanted but, under the studio system, she was trained to be a good film actress. Part of her star buildup involved her posing for countless hours in the portrait studio, mostly modeling the latest in suits and evening gowns.

Rumored for roles in top Freed musicals MEET ME IN ST. LOUIS and THE HARVEY GIRLS, it would not be until 1946 and a loan-out to Universal that her potential would be realized. Building up to that breakout role, she appeared in smaller roles in such B fare as SHE WENT TO THE RACES (1945), married Mickey Rooney, and posed for images such as in this Clarence Bull portrait.

One of the finest early portraits of Ava, it is ink stamped by Bull on the verso, along with the original printed blurb talking about her role of Hilde in the film. Minor handling, slight crease at bottom right corner. ABOUT FINE.