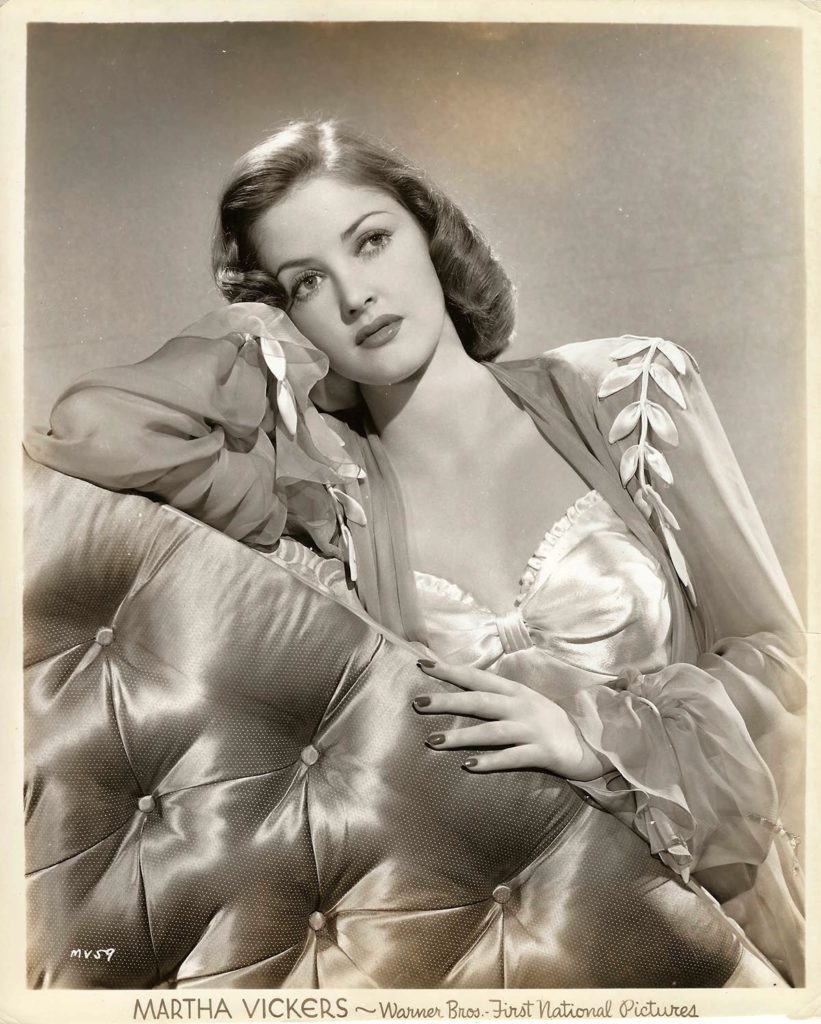 Michigan-born model turned film actress Martha Vickers got her big break in this noir classic. She had been playing uncredited hostess-type roles for nearly three years at various studios. At age 20 she won the role of Lauren Bacall’s thumb-sucking nymphet teen sister. This led to a string of “bad girl” roles. Her romantic life was abundant and she even became one of Mickey Rooney’s eight wives. Her career did not attain star status, but she was active in the industry up to 1960. She passed at age 46 from cancer.

images of Vickers as the “bad” younger sister in this film are very uncommon. It is coded MV59. This sexy pin-up shot was taken in 1946 and used to publicize her appearance in The Big Sleep. There is a bit of irregular trimming to the very bottom blank white margin beneath the “Martha Vickers-Warner Bros. First National Pictures” type, ABOUT FINE.