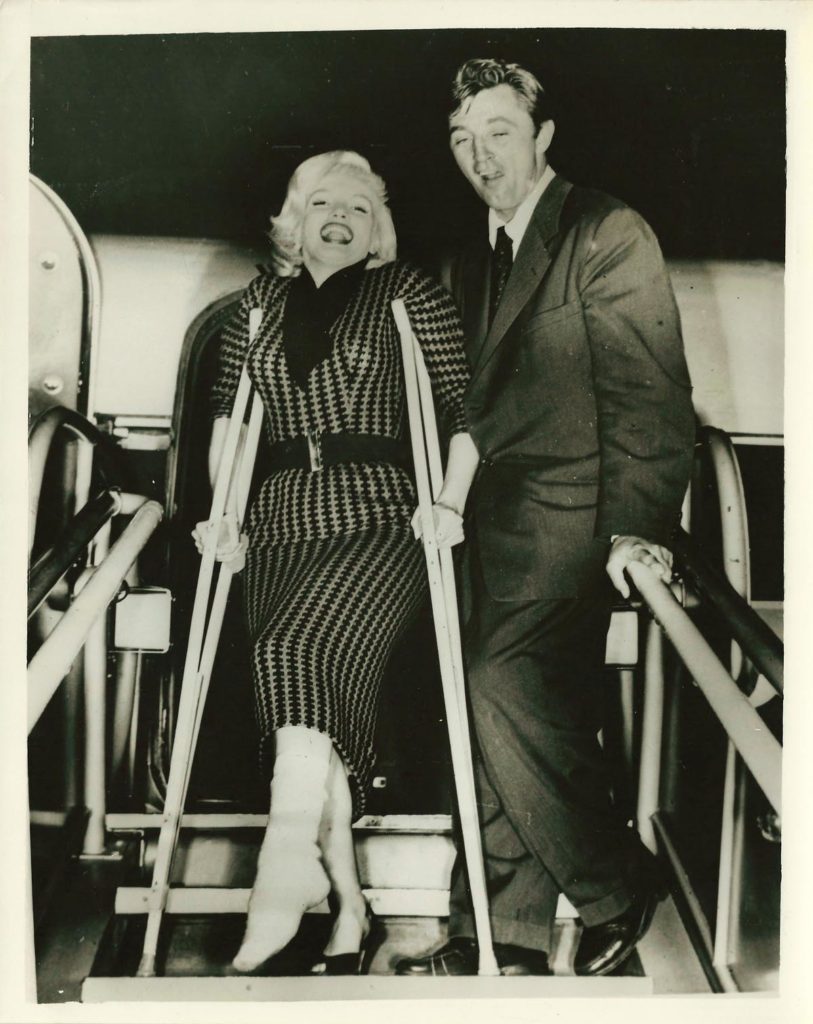 Vintage original 10 x 8″ (25 x 20 cm.) double weight glossy silver gelatin print still photo, UK. Upon completion of the problem-plagued location filming of RIVER OF NO RETURN, Monroe and Mitchum returned on a plane together from Canada to Los Angeles. This rare candid was shot by a photographer for the London Bureau Planet News, Ltd. (stamped on back) and used in publications in London.

Monroe and Mitchum had known each other years before they became film stars, as Mitchum had worked with Monroe’s first husband James Dougherty at Lockhead Aircraft in the early/mid-1940s. Both Preminger and Monroe did this film under great duress, and Monroe nearly broke her leg while performing some of the dangerous scenes for the film. She finished filming with a well-concealed cast, but returned to Los Angeles with it in full view. It was Mitchum who helped keep filming running smoothly when he became the go-between for director Otto Preminger and Monroe once the two of them refused to communicate.

Disgusted with Twentieth Century Fox, she did not appear to start her next film and was suspended by the studio soon after this photograph was taken. It is dated Sept. 7, 1953. It has the original typed press blurb attached to the back. Though Mitchum appears to be barely able to keep his eyes open, the charismatic Monroe is dressed-to-the-T as a star and displays her charm, cast and all. Minor crease at top left corner. ABOUT FINE.