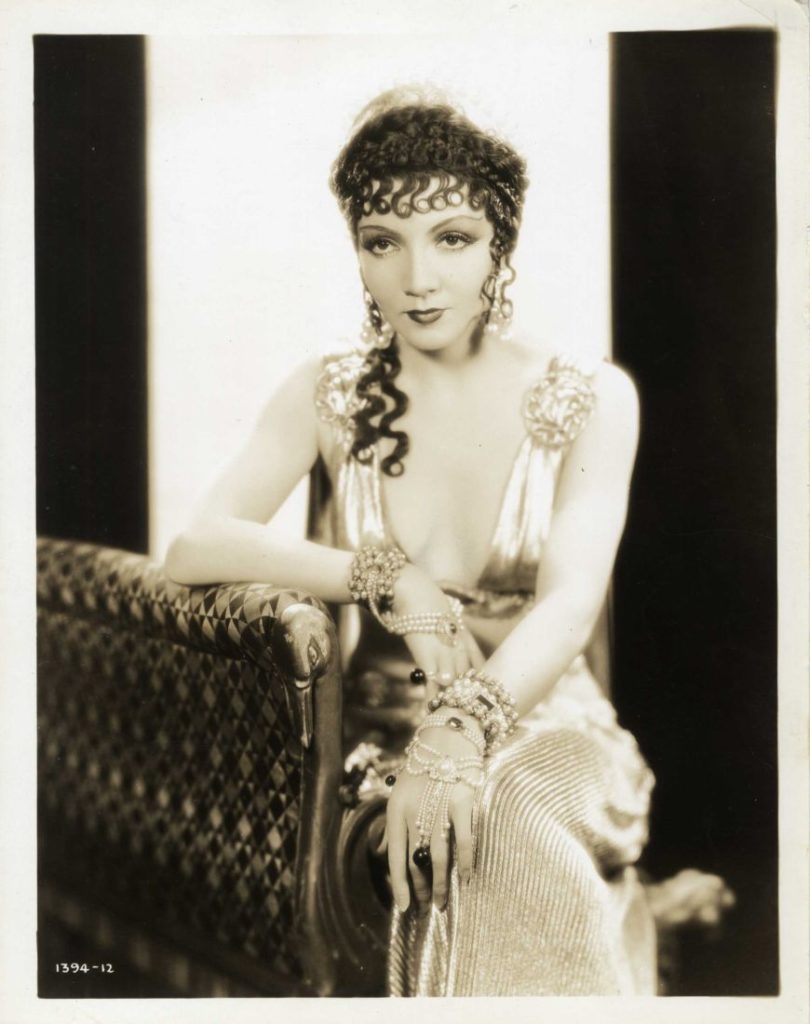 Future film director Mitchell Leisen created the extravagant sets and costumes. He also served as assistant director to DeMille. A classic of high camp and over-the-top characterizations as only DeMille could present. A 1944 re-release necessitated some of the Pre-Code elements be eliminated.

Colbert is on full view in her characterization of the wicked and lustful Empress Poppaea (at the time she was cast against type). Wearing a costume created by Mitchell Leisen, she presented perhaps the screen’s most convincing portrayal of this character, most famously so without costuming in her highly sexual milk bath sequence. Still is labeled “1394-12”. FINE.