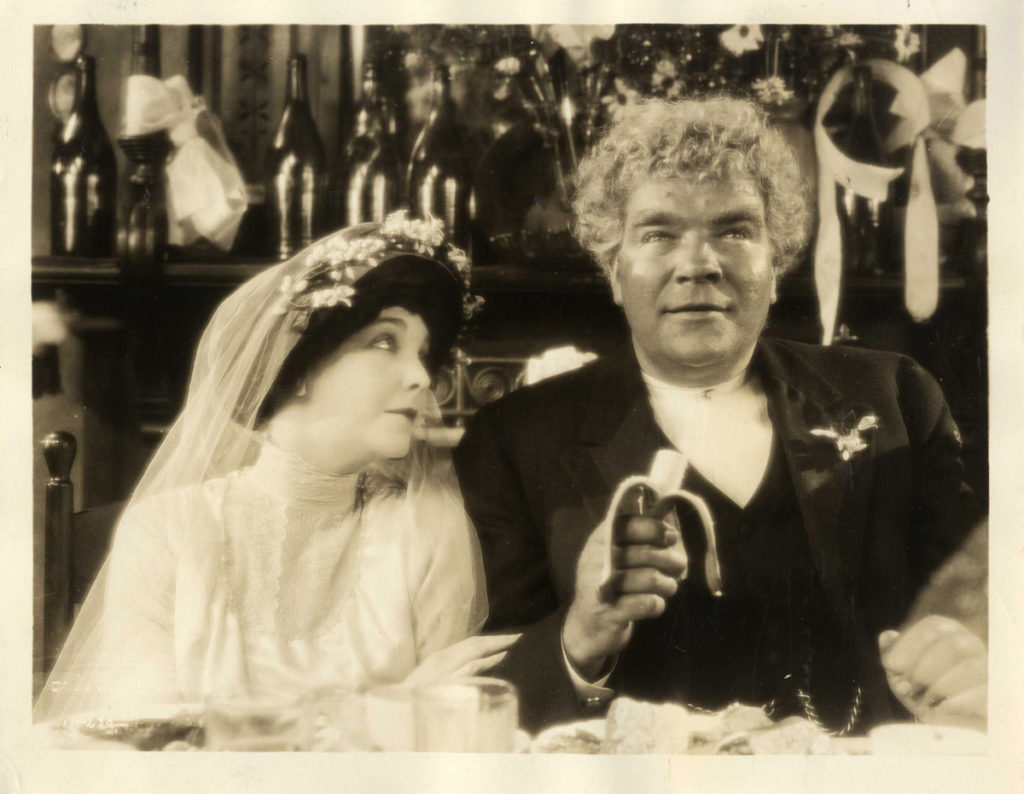 Vintage original 8 x 10″ (20 x 25 cm.) single weight glossy sepia-tinted gelatin silver print still photo, USA. Gibson Gowland, Zasu Pitts, Jean Hersholt, Dale Fuller, Tempe Pigott, Chester Conklin, Joan Standing, dir: Erich von Stroheim; MGM. The legendary film based on the Frank Norris book MCTEAGUE, the screen adaptation by June Mathis and director von Stroheim. When the family of the hard working McTeague win a lottery, his wife Trina’s hoarding of the money destroys their lives. Still images like this are what allowed a restoration of the film. In the history of film, this is the most legendary for its being released in only a very truncated version, with the original cut, running for nearly ten hours, viewed by only a select few at MGM.

Still no. 179-232 shows the couple Trina (Zasu Pitts) and McTeague (Gibson Gowland) at their wedding banquet and is date stamped Feb. 26, 1925. The original pencil writing indicates that this still was used for the film’s premier engagement at the Capitol Theatre for the week of January 18. Except for a minor crease at the bottom left corner, the still is immaculate. FINE.