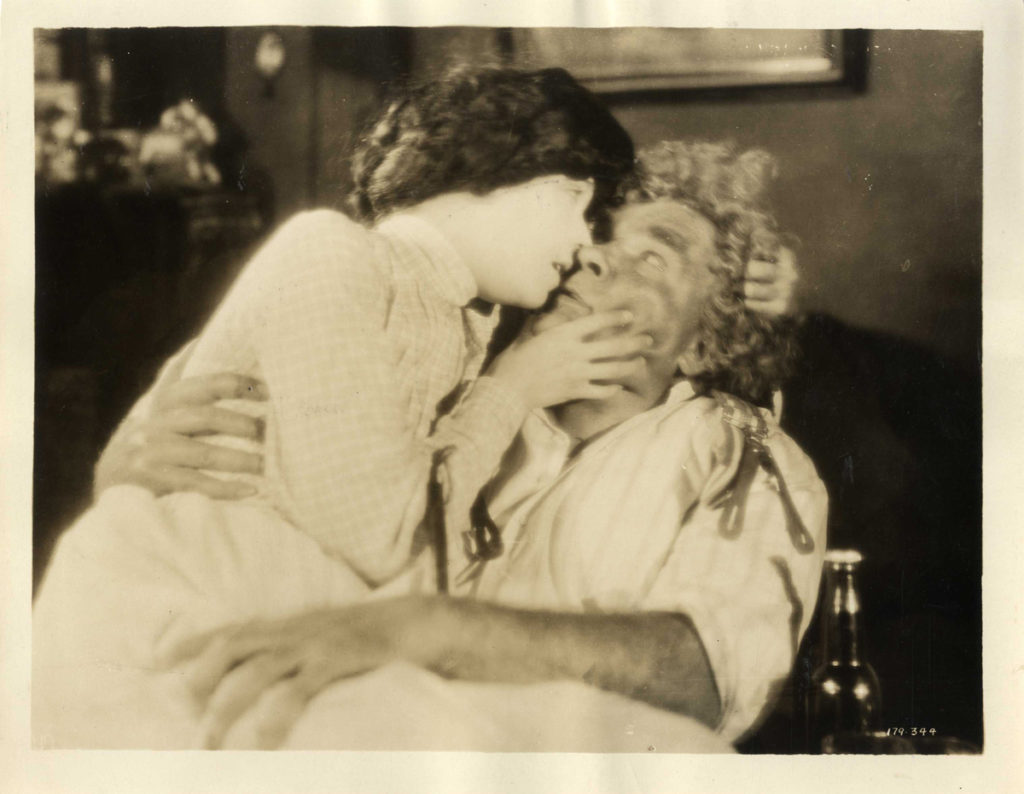 Still 179-344 features a romantic moment in the couple’s dentist office and is date stamped Feb. 26, 1925 for the Capitol Theatre showing and except for a bit of waviness and one emulsion mark below Gowland’s arm is also exceptional. NEAR FINE.