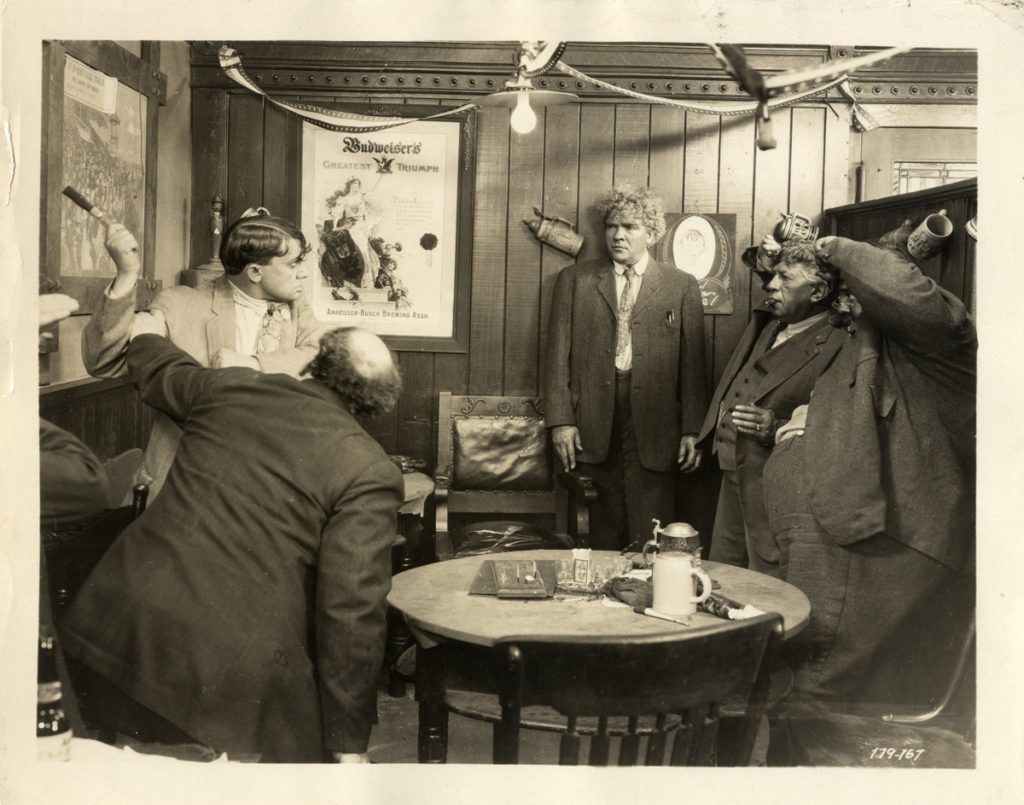 Still 179-167 features a confrontation scene between Marcus (Jean Hersholt) and McTeague (Gibson Gowland). Still is date stamped in ink July 9, 1925 and feature the original still stamp template for the film from Metro-Goldwyn. There is a tear at the upper right side blank white margin with some creasing below that. There is a bit of soiling and edge wear at the top right corner and a bit of edge wear along the bottom, VERY GOOD+.