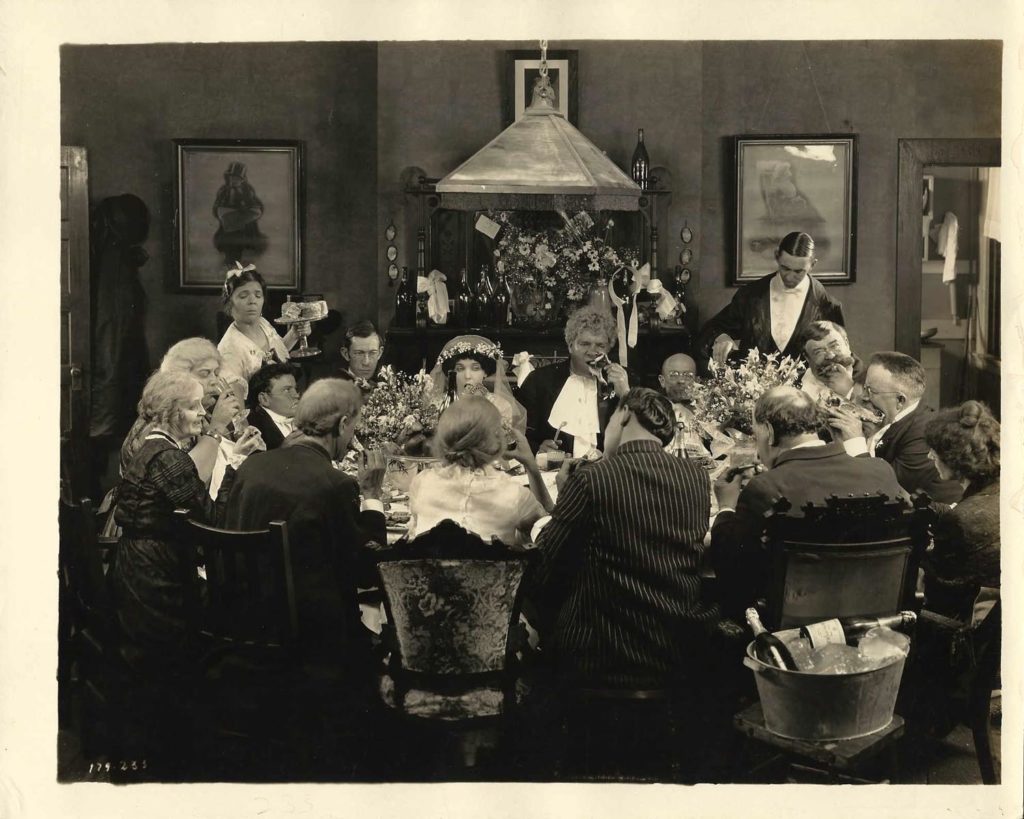 The legendary film based on the Frank Norris book McTeague, the screen adaptation by June Mathis and director Stroheim.

When the family of the hard working McTeague win a lottery, his wife Trina’s hoarding of the money destroys their lives. It is stills like this that allowed a restoration of the film. In the history of film, this is the most legendary for its being released in only a very truncated version, the original cut, running for many hours viewed by only a select few at MGM.

In still 179-233 we have Zasu Pitts as Trina and Gibson Gowland as McTeague at their wedding banquet. Though marked Goldwyn Pictures, the formation of MGM studios occurred during the film’s production, and this would be the first movie to be released by the newly-formed studio. It is ink date stamped on the verso for March 19, 1925. The official release date was January 26, 1925. There is also the attached paper blurb which presents the names of some of the cast members present in the still including Pitts, Gowland, Dale Fuller and Jean Hersholt. A very richly dense and detailed vintage still. Very minor handling at edges. FINE.