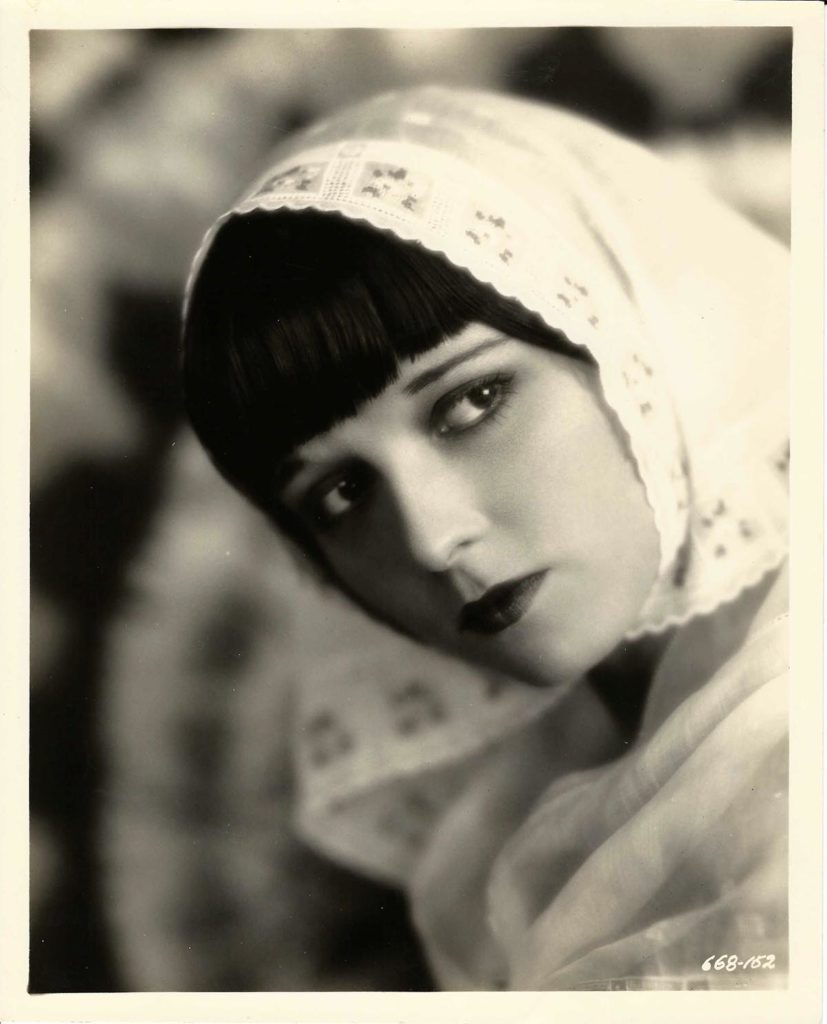 This portrait of Louise Brooks with her trademark hairstyle was taken by Eugene Richee for her duo role of twins Griselle/Grisette in Now We’re In the Air. Set in Europe during World War I, Louise was not quite allowed to adapt her popular flapper apparel, but maintained her trademark appearance. The film is considered lost.