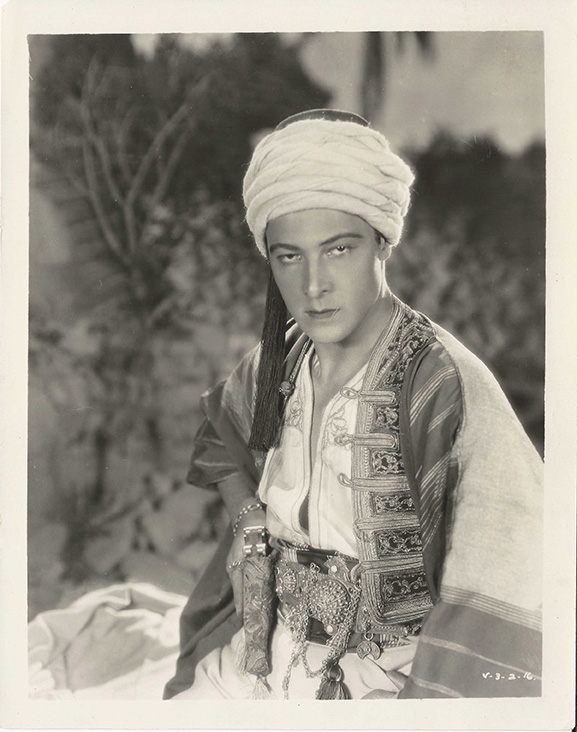 Vintage original 10 x 8” (25 x 20 cm.) black and white single weight glossy silver gelatin print still photo, USA. Rudolph Valentino, Vilma Banky, George Fawcett, Montagu Love, Karl Dane, Agnes Ayres, dir: George Fitzmaurice; United Artists. Sequel film to THE SHEIK and Valentino’s last film. He plays a dual role, as both the Sheik, and his son. This time, as the son he ravages dancing girl Vilma Banky in his tent palace, and much of the adventurous action is played for fun. Banky’s father and gang do not care for what is going on in the lovers’ lair, so they capture and torture Valentino, as in this scene. One of the first “sequel” films to be made, it is also one of the first to be released after a stars death. A smoldering portrait of Rudolph Valentino in perhaps his best remembered role. The still is coded V-3-2-16. Slight creasing along top blank white border. ABOUT FINE.