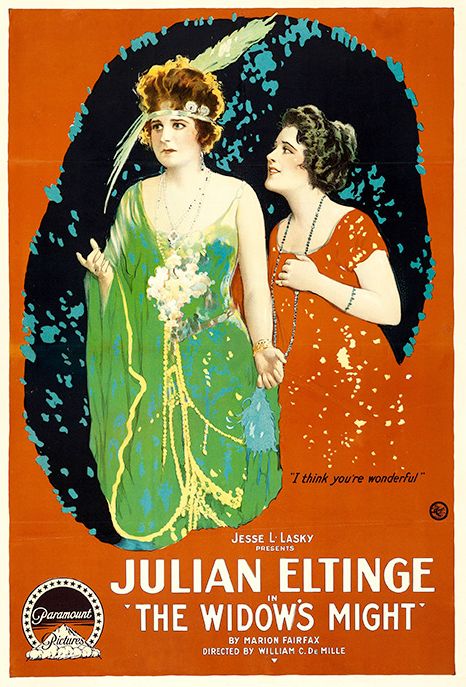 Julian Eltinge was the most celebrated drag performer of his generation. He attained great success on Broadway, where a theater on 42nd Street was named after him, and he also starred in a few films.

Very scarce, as are all of Eltinge’s posters, and the film appears to be lost.