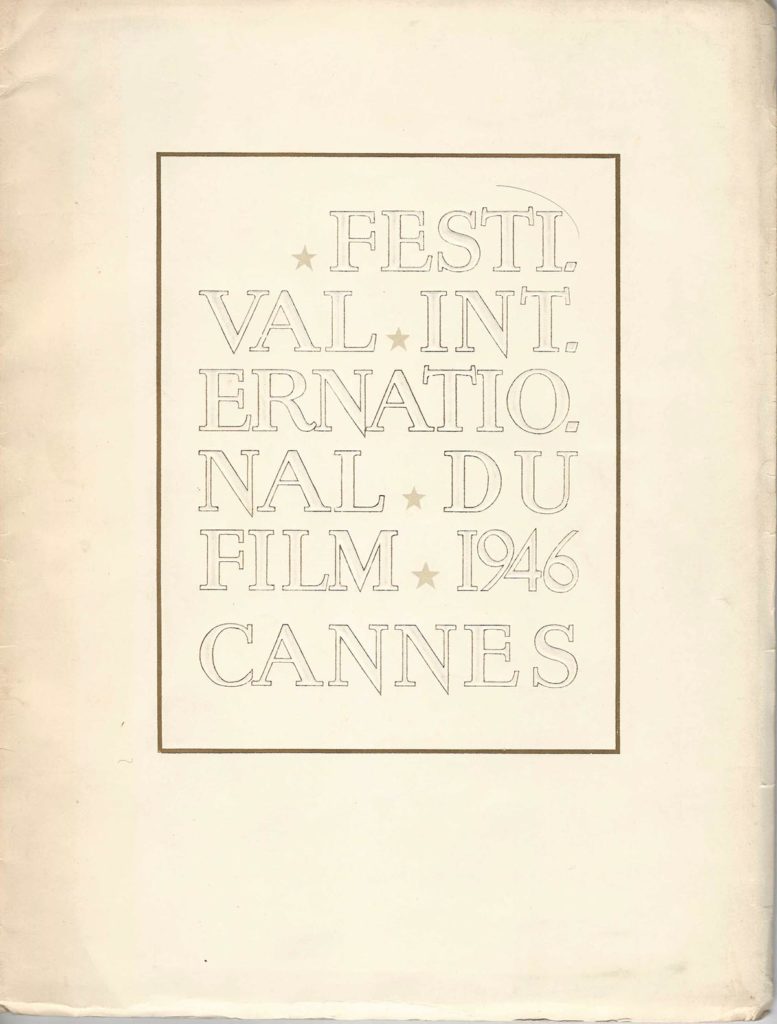 First edition of the original program of the very first Cannes Film Festival, which was held only a year after the end of World War II, sold with an elegantly printed four-page list of films presented, organized by country. Nineteen countries were represented, among them France (Cocteau’s BELLE ET LA BETE/BEAUTY AND THE BEAST), Britain (BRIEF ENCOUNTER, THE MAGIC BOX), Italy (OPEN CITY), Meixco (MARIA CANDELARIA), the USSR (THE STONE FLOWER), and, of course, the US, with a very diverse slate of films which included GILDA, THE LOST WEEKEND, ANNA AND THE KING OF SIAM, NOTORIOUS, and GASLIGHT.

The program includes brief essays on the history of cinema in each of the 19 countries represented, followed by an advertising section, which includes full-page ads both for certain studios like Warner Brothers and RKO, as well as handsome ads for GILDA and THE LOST WEEKEND. The supplementary booklet contains a jury list and a list of the films being screened.