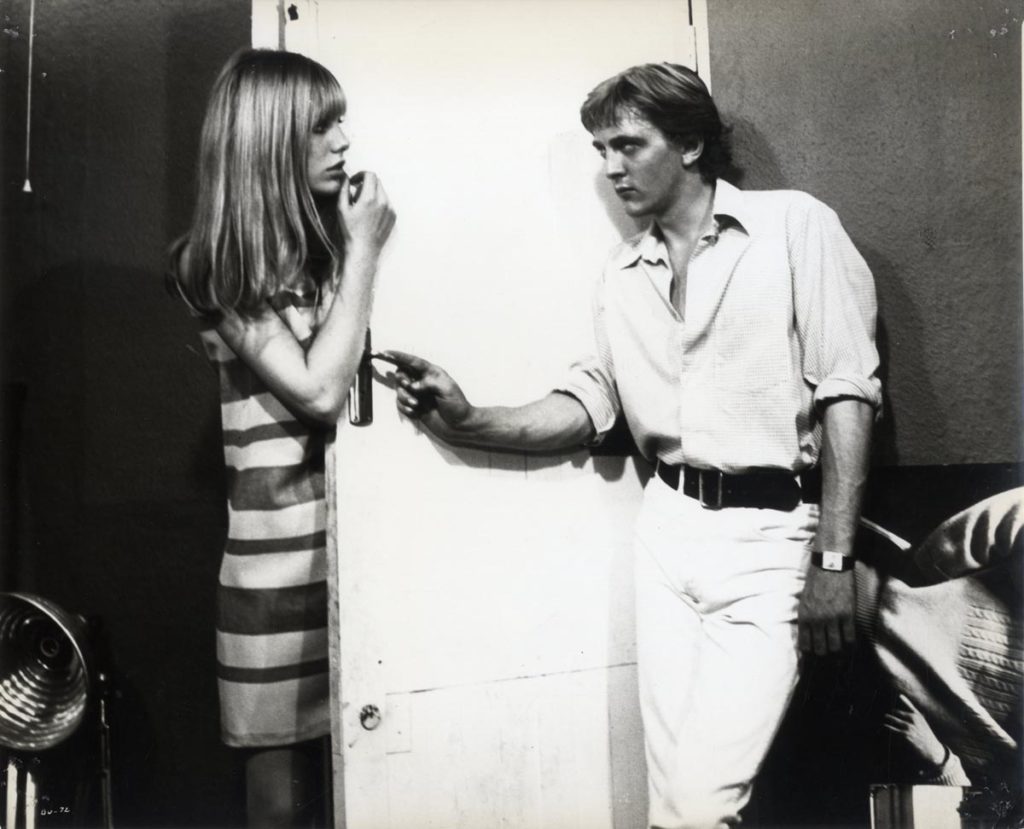 Vintage original 8 x 10″ (21 x 25 cm.) black-and-white borderless glossy silver gelatin print still photo, UK. Vanessa Redgrave, Sarah Miles, David Hemmings, John Castle, Jane Birkin, Verushka, dir: Michelangelo Antonioni; MGM. The story of a mod London photographer who believes he has photographed a murder. Forever controversial and even hated (particularly when first released), it is Antonioni’s comment on society of the time, and human nature.
The film was made by MGM in the UK under a newly-created company called Premier Productions. Because this company had no agreement with the Production Code office (as MGM did), the frontal nudity and explicit scenes were allowed to remain in the film. Some of these nude scenes included the famous international models cast in the film. Stars Vanessa Redgrave and David Hemmings also participated in semi-nudity. This proved to be very daring for the time and was a large part of the controversy.
Here, David Hemmings has a confrontation with model Jane Birkin. Still is coded BU-72. There are a few pin holes at each of the four corners which have been reinforced with archival tape on the verso. VERY GOOD+.