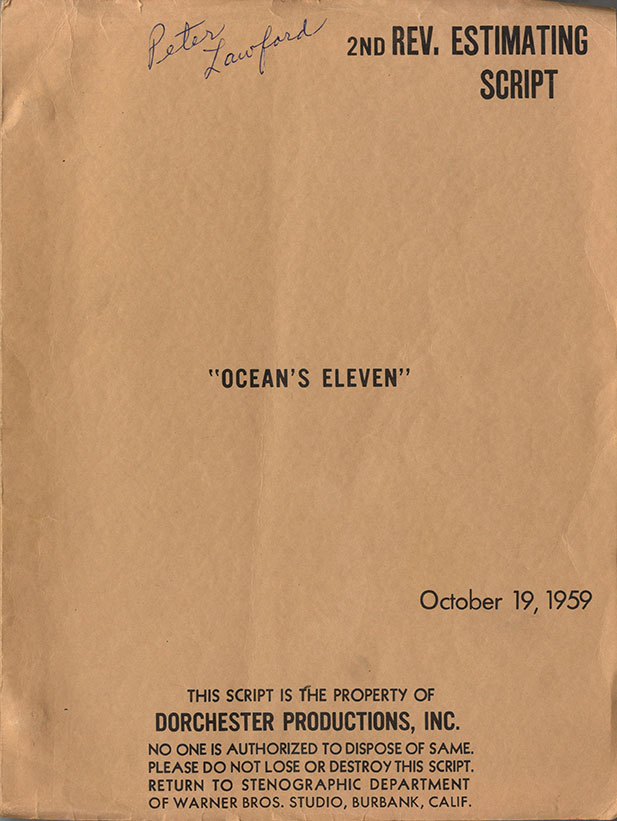 Vintage original script, folio, printed wrappers, brad bound, slight signs of handling, very good or better. 159 pp. (many are revision pages on blue paper, dated 10/29/59)., along with pp. 32-53 shooting schedule and a 5 pp. list of characters (Lawford has put a ? next to the description of his character as attractive.) Peter Lawford’s copy (“2ND REV. ESTIMATING SCRIPT), with his name written on front cover, and a number of holograph notes in his hand, some have to do with casting, and a number of pages have a ? in pencil, where he had questions about this version of the script.

Classic heist film, in which some World War II buddies rob Las Vegas casinos on New Year’s Eve, which starred almost the entire Rat Pack, including Frank Sinatra, Dean Martin, Sammy Davis, Jr., and Lawford (who bought the rights to the story in 1958, and was involved in putting the film together,)