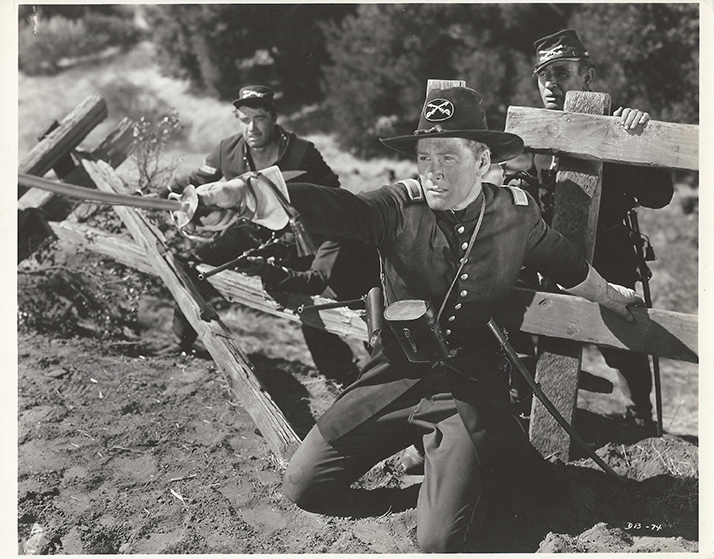 THEY DIED WITH THEIR BOOTS ON (1941) Errol Flynn portrait

Errol Flynn played George Armstrong Custer in this fictionalized account of his story starting at West Point in 1857 and ending with his death at the Battle of Little Big Horn in 1876. Here is Flynn going into battle. Because newly passed union rules of the time required that regular extras be used, many were untrained for stunts and many were injured. Reportedly three people were killed during the battle filming.

This photo has the original photographers ink stamp on the verso, “Morgan”. There is also a date stamp of Oct. 1941 from Dell Publishing for inclusion in one of their magazines. Top and bottom blank white margins are slightly trimmed, ABOUT FINE.