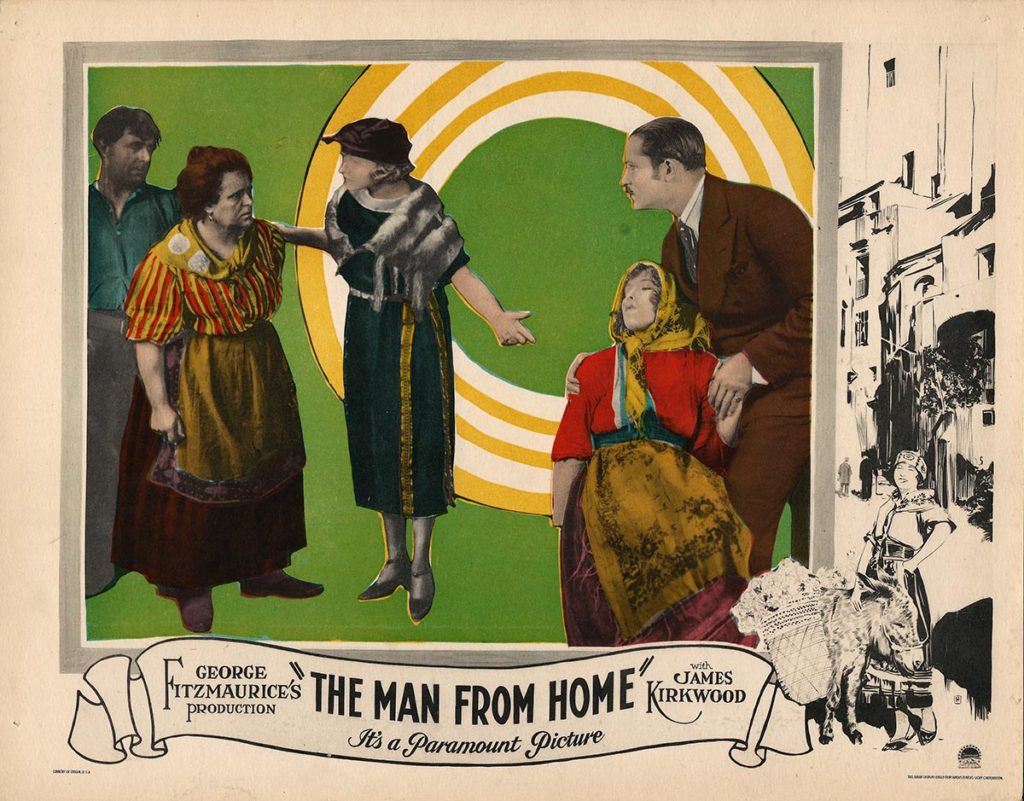 Paramount made some of the most innovative and decorative of lobby cards during the silent era. This card for THE MAN FROM HOME, with early Art Deco influence, is no exception.

Filmed on location in Italy, it is the story of an American heiress whose fiancé saves a fisherman accused of stabbing his wife. It was based on a Booth Tarkington play. What is most significant about this film is that the art director and title designer was Alfred Hitchcock