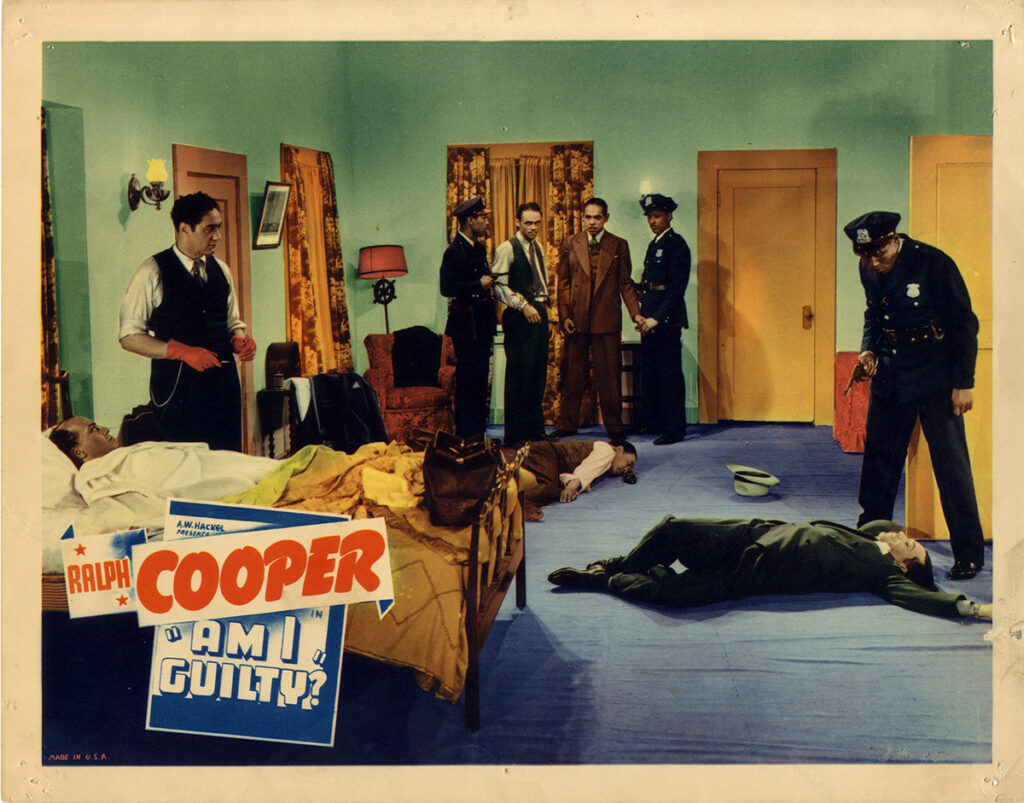 At the time of this drama’s release, Variety ran a review noting that this represented “an entirely new concept” in Black cast films, because of its mature theme and production values which it considered on a par with Hollywood B-movies. It starred Ralph Cooper, who was a popular star of Black cast films in the late 1930s.