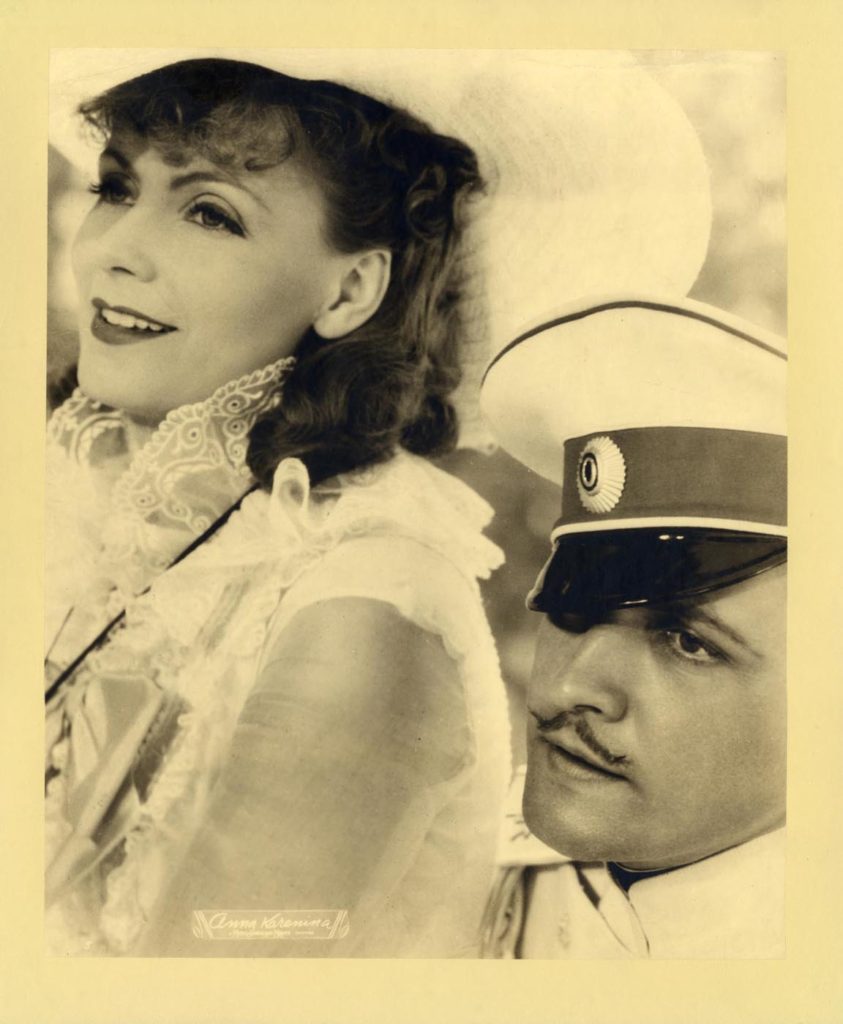 Very unusual and beautiful oversize lobby display piece for this classic Garbo film based on Tolstoy’s novel. Garbo’s favorite writer Salka Viertel adapted the book for her, as did S. N. Behrman and Clemence Dane, for what many feel is the definitive film version.

Anna must come to terms with the social repercussions when she allows herself to fall in love while married and with a child. Technical aspects of this film were far advanced and Garbo’s understated performance earned her the New York Film Critics Award for Best Actress.

Photo portrays Greta Garbo as Anna Karenina and Fredric March as Vronsky on an afternoon outing. This was at one time one of a numbered set of eight oversized photos.