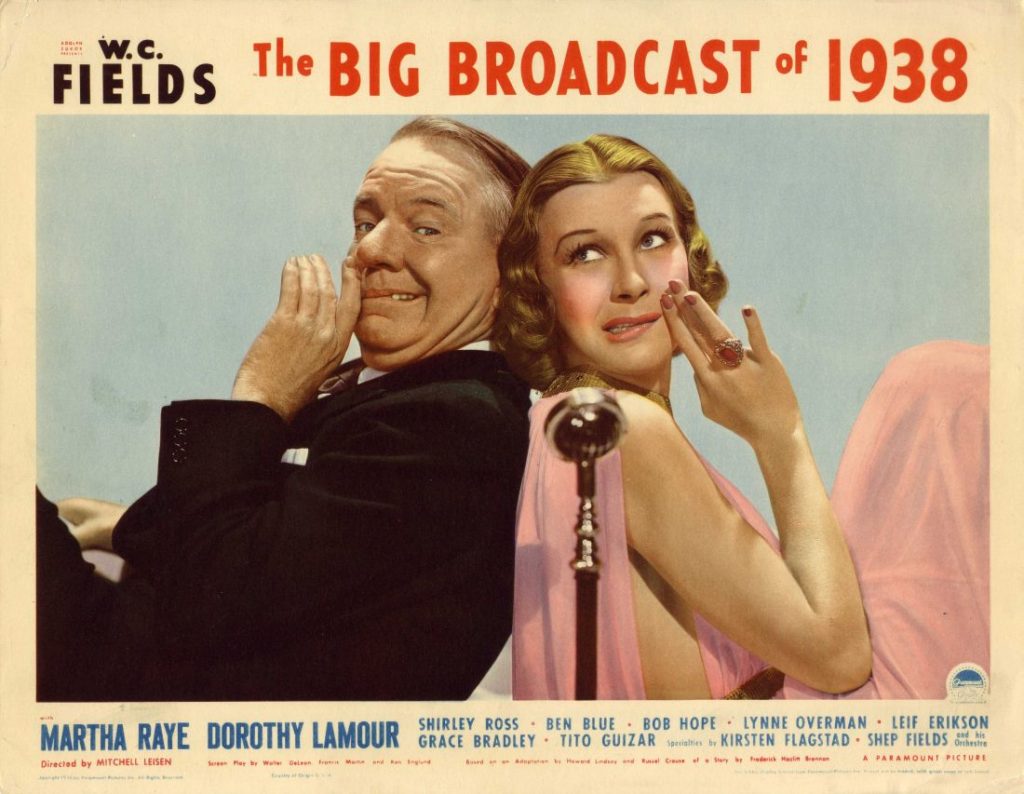 One of the finest and best remembered of the 1930s musicals, if for no other reason than the introduction, by Ross and Hope (his first feature role), of the classic song “Thanks for the Memory”. It won the Academy Award.

Martha Raye, who did her own stunts in a raucously entertaining number, was ingeniously cast as W. C. Fields’ daughter (in his last film for Paramount). Everyone shone in their musical moments in a story which concerned a race between two ocean liners, from which the new S. S. Gigantic had a big radio broadcast emitting (you see, the turbine engine worked on radio waves is the explanation!). Fields plays T. Frothingill Bellows, brother to the owner of the ship, who with his daughter Martha (Martha Raye) are sent to cause trouble on the rival ship. They end up on the S. S. Gigantic instead and comically impede the ship’s chances of winning.