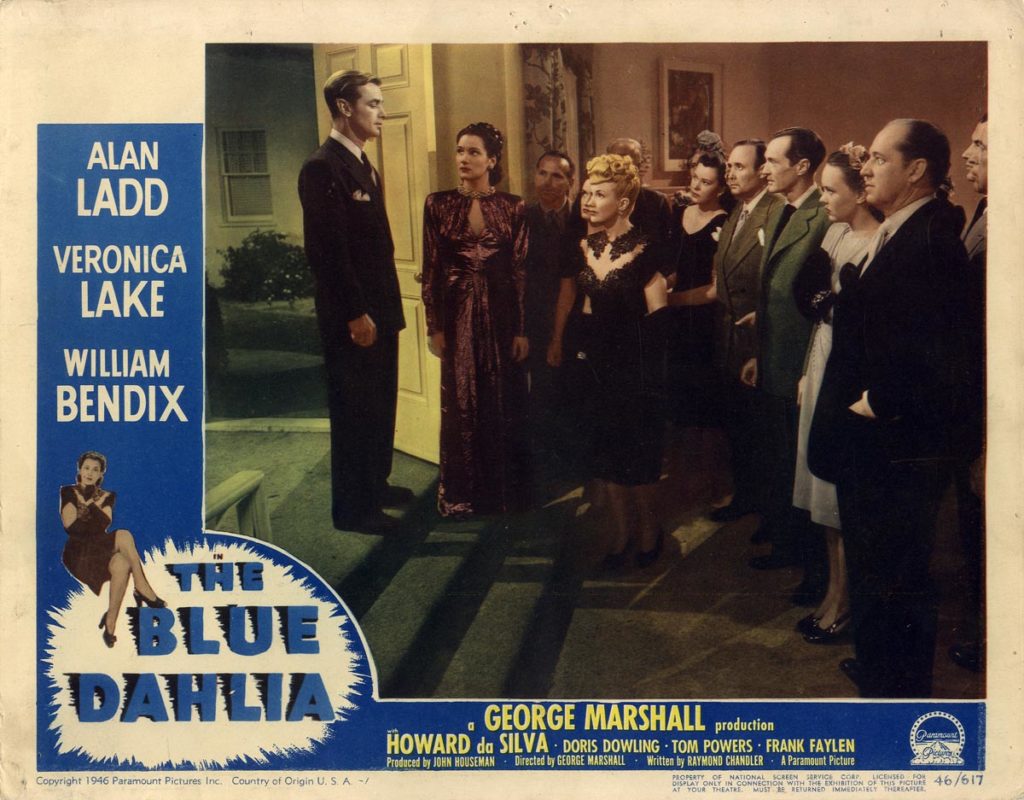 Vintage original 11 x 14″ (28 x 35 cm.) lobby card, USA. Alan Ladd, Veronica Lake, William Bendix, Howard Da Silva, dir: George Marshall; Paramount. One of the finest classic film noir titles and written by the master of the genre, Raymond Chandler. The story involved a war vet who returns home to see his wife with another man. She is murdered and he is the prime suspect. The Blue Dahlia is a nightclub where much of the action takes place. Chandler initially had the returning vet (Bendix) as the murderer, but the patriotic atmosphere of the time would not permit a war vet to be seen in that light, so he had to rewrite the story and character.