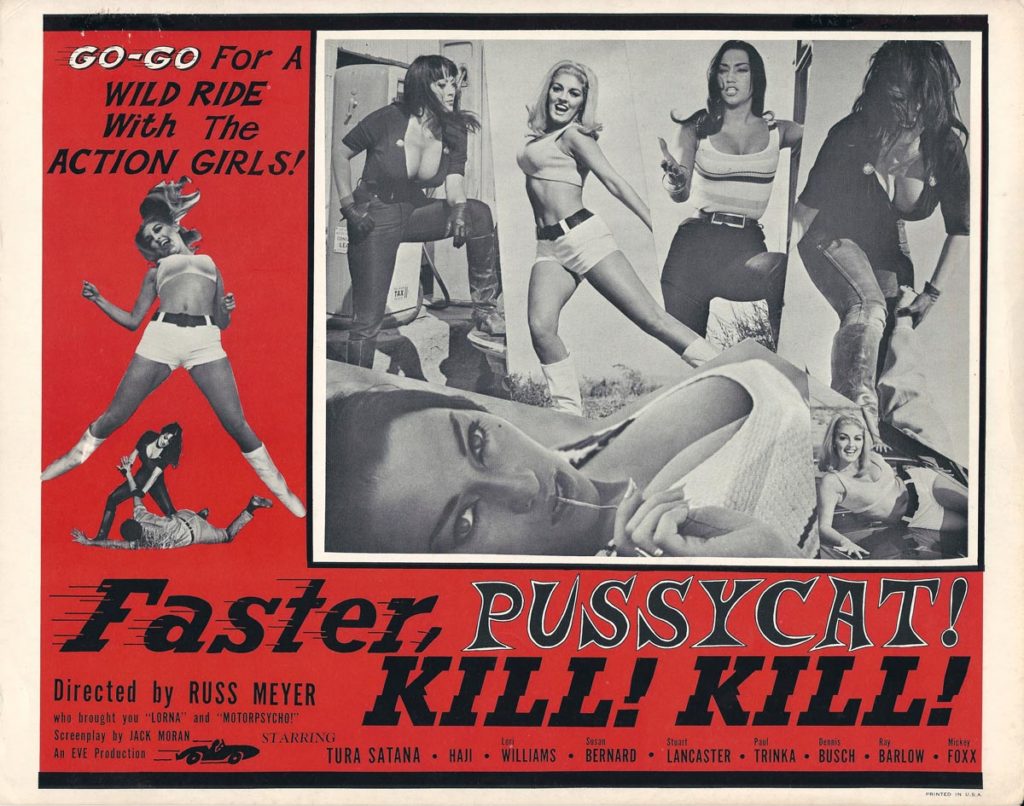 Vintage original 11 x 14″ (28 x 35 cm.) lobby card set of eight (8), USA. Tura Satana, Haji, Lori Williams, Ray Barlow, Sue Bernard, dir: Russ Meyer; Eve Productions. One of the most famous groundbreaking films of all time, and one of the films which broke down the walls of the legion of decency Production Code, which had influenced the way films had been made for more than 30 years. It was the theme and the suggestion which had the office up in arms. Though there was no nudity, the film broke many taboos and made way for the dissolving of the stringent Code rules within a few years.

This was Russ Meyer’s ode to the violence of women. Tura Satana, Haji, and Lori Williams were the finest of sexy, tough villainesses. The story concerned three strippers who encounter a couple in the desert. The thrillseeking vixens kidnap the girl, then descend upon a crippled old man who supposedly is sitting on cash. They taunt and seduce his sons as they try to find the money.

The American poster points to the violence and sexuality of the story. Not terribly successful upon first release, it is now a cult classic. The cards are uniform in excellence. There is just a bit of edge wear and minor blank white margin soiling to two cards. One card (couple fighting on the ground) exhibits pinholes on the edges and minor border creases. NEAR FINE.