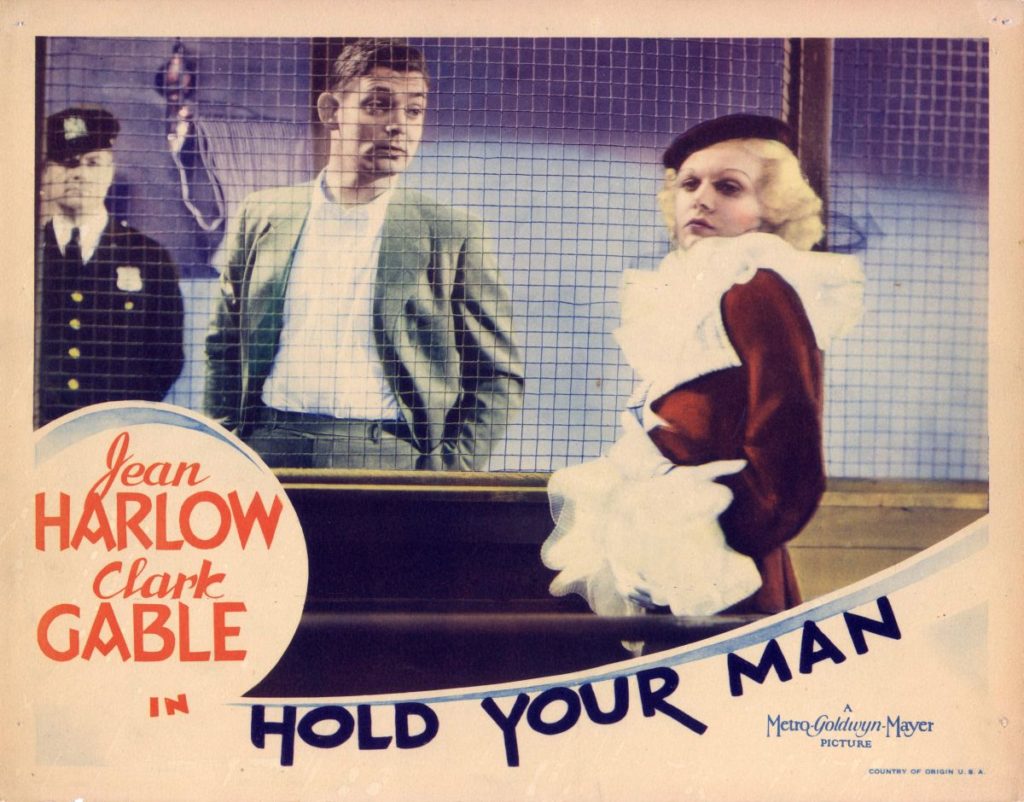 Pre-Code sizzler written by Anita Loos specifically to highlight the dramatic abilities of Jean Harlow. Though she is toned down from her previous work in Red Dust and Red Headed Woman, she engages in some of the most sexually charged scenes of the time with Clark Gable, including a scene where they share the same bath water, walk around in their robes and share a torrid kiss within minutes of having met each other. He is a small time con, she falls in love with him, they have a baby (born in prison) and she goes to prison for his botched crime. Things do work out in the end of course! This was the third pairing for Gable and Harlow and they would go on to make two more films together.

In this card, Harlow (swathed in Adrian finery despite her lower bracket income) visits Gable during his prison stint.