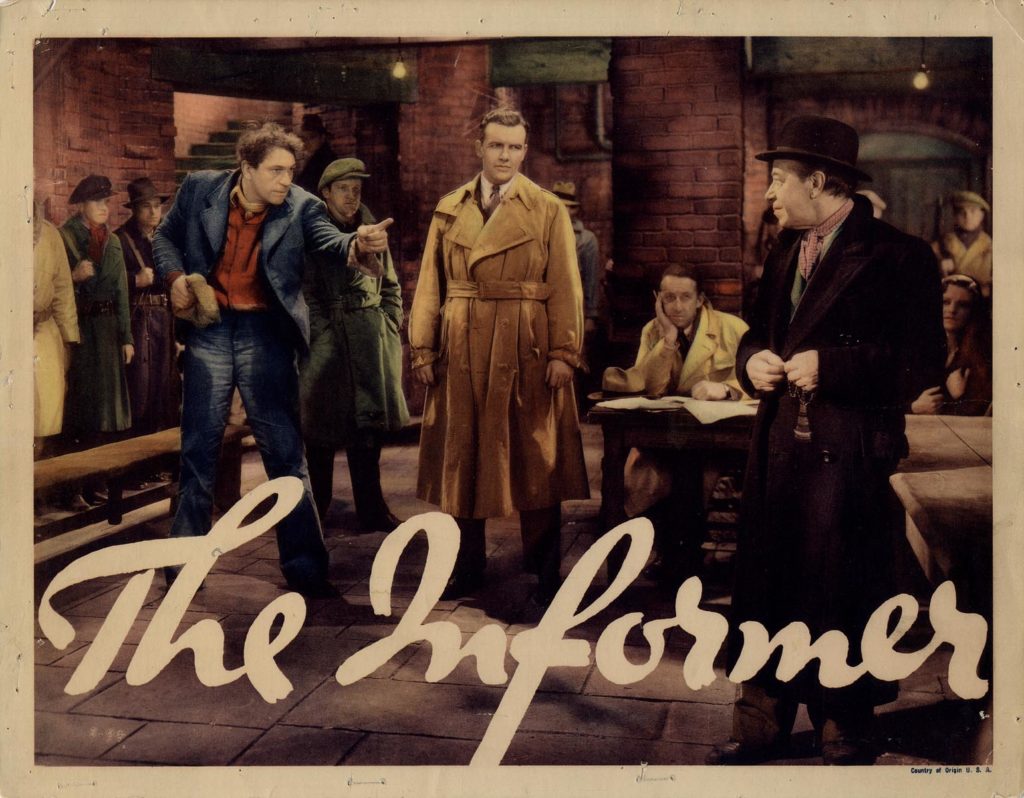 In this medium shot we have Victor McLaglen pointing a finger, Joe Sawyer, Preston Foster and a cowering Donald Meek at right. Card displays rich vibrant color, there are numerous pinholes at each of the four corners and along each of the four blank white margins. Crease at mid right edge which goes into Meek’s coat. Minor edge tears repaired with archival tape. Vivid color. VERY GOOD-FINE.