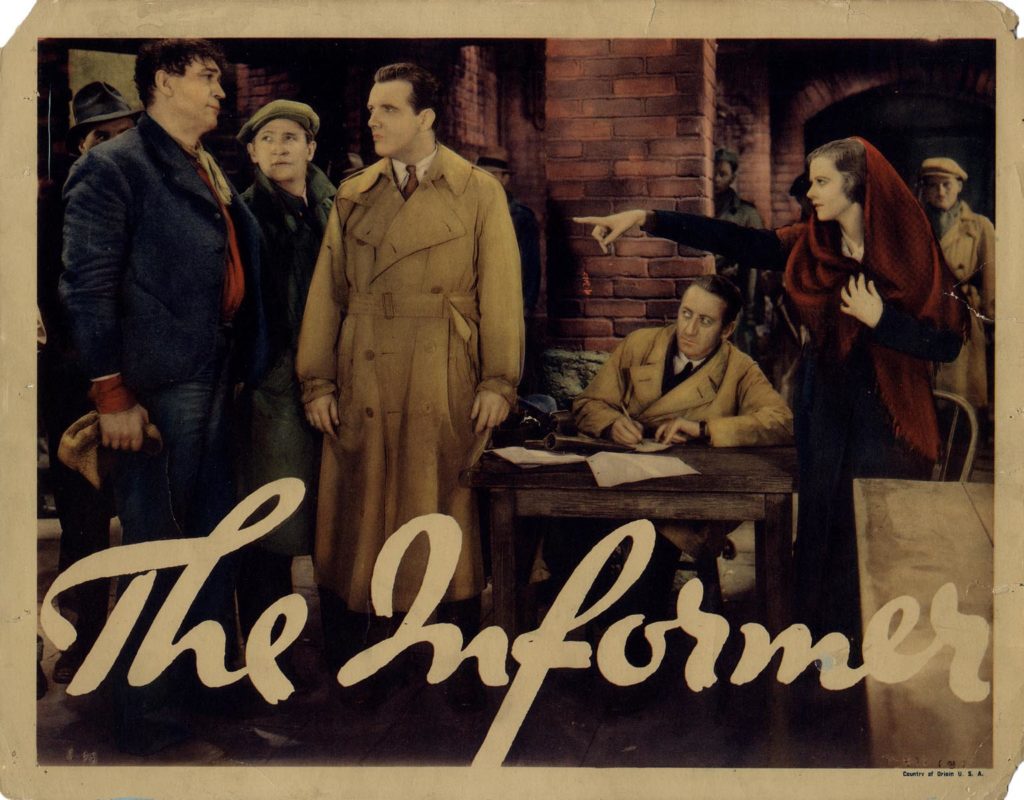 In this image we have (l-r): Victor McLaglen, Joe Sawyer, Preston Foster, Neil Fitzgerald and Heather Angel. There are pinholes along the left and right side blank white margins as well as a few small tears and creases. Three of the four corners are gone. NEAR VERY GOOD.